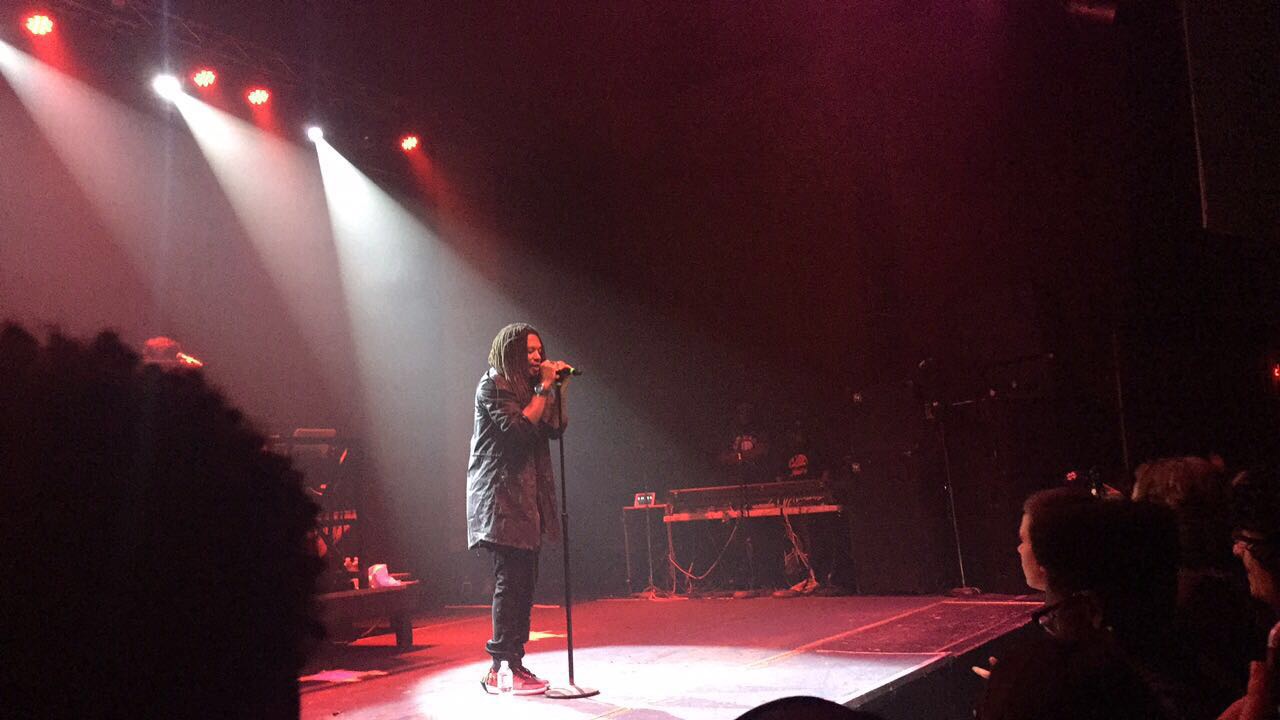 Friday night Lupe Fiasco returned to a Champaign Urbana stage at Canopy Club. Despite the Cubs game, he still managed to fill the room with avid fans. Lupe informed the crowd that Chambana has a special meaning to him; as it was the location of one of his first solo performances when he was in high school, as well as the place that he was introduced to Ill Matic.

Though only two were listed, the night started with three different openers. The first, RXMN (pronounced “Roman”), was a man from Chicago. A contemporary blend of R&B and hip-hop, his set consisted of three songs lasting about 15 minutes. RXMN was followed by The Boy Illinois, another Chicago native. A previous student at University of Illinois, The Boy Illinois gave up college to follow his dream of being a musician, and encouraged the crowd to follow their dreams, whatever they may be. Performing a slightly longer set, his music was composed of authentic, poignant lyrics and backbeats played by DJ Matrix.

The final opener was a surprise. While the crowd was waiting in anticipation for Lupe, Lil Chris hit the stage, with two other men. What started out as a simple concert turned into almost performance art as the two other members of his group performed a fake fight onstage so that Lil Chris could break it up with his song. They then finished their set with energy and dancing around the stage, pumping the crowd up just before Lupe came on.

Lupe came on, hit the stage and started his concert off with high energy and the song “Hip-Hop Saved My Life.” He followed up with fan favorites such as “Kick, Push,” “Touch the Sky,” and more. Lupe was very interactive with the crowd through out the night. Every few songs he seemed to pick out another person to call out or mention. Towards the middle of his concert, Lupe split the crowd in two down the middle and labeled the sides “The Lupes” and “The Fiascos.” The sides competed to show the most spirit when the beat dropped to his song “Next to It”. “The Lupes” won despite great effort by “The Fiascos.” He ended his concert on a high note, with “The Show Goes On”, one of his more well known songs. He promptly did the encore, ending his concert with “Go Go Gadget Flow.”

Apart from the music, Lupe made sure to take time out of the concert to address some beef he has with Kid Cudi. The musical artist recently announced that he was going to rehab for depression. Lupe, though admitting he used to like Kid Cudi, stated that he “[does] not fuck with him anymore.” After Drake and Kid Cudi expressed their beef on the Internet, Lupe has come to support Drake’s statements. Kid Cudi apparently insulted Lupe over twitter, and then refused Lupe’s calls to try to talk with him. Lupe stated that he believes Kid Cudi is “bullshitting and ducking fades.”

Overall, Lupe had a hugely successful concert. He performed fan favorites as well as his newest single, “Pick Up The Phone.” He interacted with the crowd throughout the entire night, maintaining high energy both through his performances as well as through his inclusion of the crowd. Despite some shade being thrown, both at the audience members and Kid Cudi, the crowd loved the performance, song after song and enjoyed a night of hip-hop from several artists.