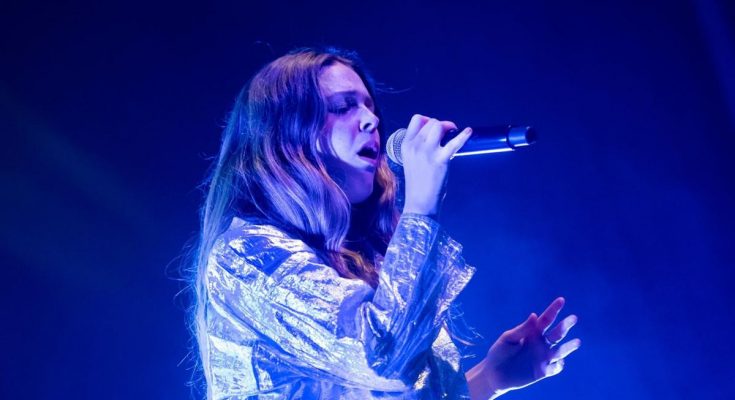 It seems like everybody has Maggie Rogers fever these days — and for good reason. The young artist has built up a fanbase with millions of listeners in the past couple of years with her vibrant personality, her carefree dancing, her crystal-clear voice, her obvious passion for what she does… need I go on? I’ve been following her rise to stardom for two years now, so I thought I knew what to expect when I finally got to see her perform at The Pageant in St. Louis this past Sunday. However, regardless of what I had expected, I was utterly blown away by Rogers’ performance.

In the months since the release of her debut album, Maggie Rogers’ following has blown up. All of her songs have now been streamed millions of times. She has hundreds of thousands of Spotify followers. She has over four million monthly listeners. Nonetheless, Rogers performed in a small, intimate venue in St. Louis. Standing at the sold out show, it became clear that she would never be performing at a venue that small again given the growth of her fanbase.

Rogers started with two high-energy songs off of her latest album, “Heard It In A Past Life,” giving the audience a show right from the start. As she gleefully danced back and forth across the stage, it seemed like the entire audience had a simultaneous realization that Maggie Rogers is the real deal — a true performer that loves what she does and performs passionately in each moment. This was soon followed by a small patch of songs that came from her 2017 EP “Now That The Light Is Fading.” I was instantly transported back two years in time, when I first heard the sweet sounds of this EP. To me, there was something so raw about the way in which she performed her older songs. Unlike some artists who try to grow and eventually move away from their first singles, Maggie Rogers performed them as if those old feelings were still real and relevant to her. I was indescribably moved by the way that she delivered these songs. I felt all of the things I’d felt two years ago; I felt all of the things she’d felt, too.

She continued to play songs from her new album, giving them each their own unique energy. Contributing to this energy was the lights onstage–for more intense songs, there was a dominant red color in the lighting; for many of the slow or calming songs, the dominant stage lighting was blue. Rogers is synesthetic, so it is likely that these color choices were very intentional and meant to evoke a certain emotion.

The most jaw-dropping moment of the show was the encore. Rogers called for complete silence in the crowd and then, without any instruments or backup vocals, sang “Color Song” from the “Now That The Light Is Fading” EP. It’s a beautiful folk song meant to be stripped back completely, and it felt entirely natural for only Maggie Rogers’ voice to fill the room. At one point she even put down the microphone and sang without it, and her voice was still crystal clear and echoing throughout the otherwise silent, awe-struck venue.

In that moment, her pure talent was unquestionable to a single person in the room. We all knew that Maggie Rogers was meant to perform on a stage. All of the buzz surrounding her is not at all misplaced.