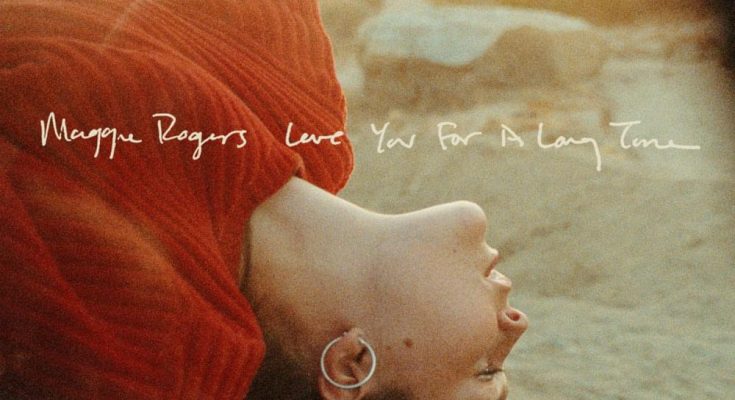 Opening her new song on a single drum beat and a soft vocalization, Maggie Rogers instantly welcomes us to a new era of songs with the new single “Love You for a Long Time.”  Released on November 20th, LYFALT is the first new music she has released since her debut album arrived in January. Though it was released just a few days after her Heard It in a Past Life tour ended, Maggie says she penned the song a day before she penned her hit song “Light On”

“Love You for a Long Time” appears to mark the beginning of some big milestones for Rogers.  She debuted the song at her Radio City Music Hall shows this year; a place she had not performed since she sang “Alaska” at her NYU graduation three years prior.  The same day of its release Rogers was nominated for her first Grammy, Best New Artist.

“Love You for a Long Time” has a more country-pop feel to it than Rogers’ typical indie-folk style.  Rogers stated she wanted this new sound to feel “like the last few days of summer.”  Boasting an acoustic guitar accompanied by the familiar looping vocal riff that Rogers has integrated into many of her songs so well, LYFALT is about the feelings that are inevitably found with a new realization of love.

Perfectly capturing the desire to encompass the ones you love and not let go, Maggie has created a song that makes one reflect upon the loves in their life.  Initially, one’s first notion may be that the song is about romantic love only, but once that first chorus hits you, it almost instantly causes a flood of gratitude for all the people in your life that you love.

The entire mood of the song makes you reflect upon the fact once you love someone, the feelings in that moment can never be unfelt and should be cherished.  Though everyone has lost loves, the feelings that they once brought you will always be with you. I think Rogers has effortless intertwined gratitude and love in this new single, and for that, her fans thank her and will love her for a long time.