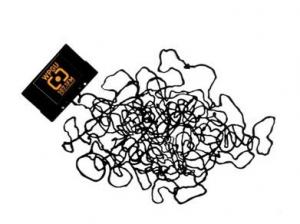 Death Cab for Cutie: “You Are a Tourist”

The first single of Death Cab’s forthcoming 7th (woah) album is, well…interesting. Maybe this says a lot about the whole album, or maybe this is an anomalous track, but either way it is different. There is a heavier rock feeling than most of their early work, but this has been seen on certain tracks of theirs and is not too surprising. The aspect that grabs your attention right away is the vocals. They are still Ben Gibbard’s, but with some added echoing distortion that changes in intensity throughout the track. It seems to work well on this specific song because it adds to the the feeling of disconnection the lyrics are addressing, but it will be interesting to see if the rest of the album’s vocals are similar to this song. Overall, “You Are a Tourist” will please most Death Cab fans hungry for new music, but it makes you wonder what the rest of the album will play out. — Kyle Rodgers

“Civilization” is the first single to come forth from Justice, the French electronica duo. After a switch to the relaunched Electra Records in 2009, there were rumors of a new album that never manifested. Now with confirmations of a second album in the works, “Civilization” has been released. Their latest track presents a distorted electro dance track for listeners, hopefully leading up to a similarly energy filled album. Imagine a Styx song being stretched and twisted, then layered up with a synthesizer and beats. Voila, “Civilization.” –Kelly Mincey

“Surfer’s Hymn” has everything we have come to expect from a Panda Bear track. You’ve got arpeggiated chords, coming from a faintly marimba-esque sound; mostly indistinguishable lyrics covered in various effects but resting comfortably in the most pleasant of harmonies; and the entire song being covered in enough reverb to make it actually sound wet. Obviously I’m super stoked for Tomboy, out April 12th, and that’s only like a week and a half away. You should get stoked too!!!!–Evan Metz

Cults: “You Know What I Mean”

The hype surrounding these guys may seem a little ridiculous and it may be, but they do have talent. Having only released a few songs and nothing near a full album the amount of attention they are receiving may seem a little over the top, but from what has been seen so far it is warranted. This song, “You Know What I Mean”, the first song off their debut album, is exactly what should be expected of them from what they have released so far, and that is a good thing. Everyone loves a little indie-pop with vocals that could be out of the 60’s. The snapping for rhythm and the slow build up in tempo make the song overly pleasant and almost impossible to listen to without smiling and swaying back and forth. We will have to wait until May for the album to be released, but this track shows their hype may indeed be warranted. — Kyle Rodgers

Danger Mouse and Daniele Luppi: “Two Against One”

Producer extraordinaire, Danger Mouse seemingly has a grasp over the music industry, as his name appears everywhere. Fresh off winning the Grammy for Producer of the Year, Danger Mouse and Italian composer Daniele Luppi bring us “Two Against One”, which features Jack White of the now defunct White Stripes. This song is the first single off of the highly anticipated project, Rome, which also includes music from Norah Jones. “Two Against One” is your traditional ballad that tells of a broken love with constant Spanish guitars and a soulful Jack White. Expect this song and project to be heavily played in the coming months and be sure to check it out when it is released as a Record Store Day single.–José Tamayo

John Darnielle: “Power in a Union”

“There is power in the hand of the worker” sings John Darnielle–singer/songwriter of The Mountain Goats. This song of solidarity was not written by Darnielle, but actually by Billy Bragg. So why’s Darnielle covering it now?

Do you read the news?

Wisconsin’s recent anti-labor legislation preventing collective bargaining (essentially, the chance to meet and discuss anything–literally the most important right of workers and unions) is still causing controversy across the country. Darnielle tells us, “There is power in a union,” but Wisconsin Republicans beg to differ. With their McCarthy-esque surveillance on critics (Source: NY Times) seems to suggest otherwise. Hunger strikes, marches, and protests rage on, but there’s not a happy ending in sight. There’s one thing we can say for sure: The Mountain Goats (and every musician Darnielle knows) stands with Wisconsin’s workers–and, so too does this writer. –Nick Martin