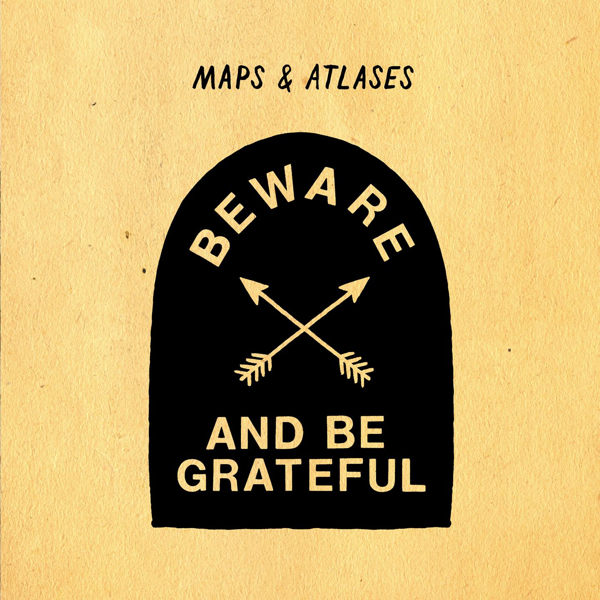 Maps & Atlases, a band that formed at Columbia College in Chicago, is known for their calculated and experimental style.  They seem to complicate the songs in the same way a punk band wants to simplify things—that’s quite simply the way they like music.  So take a song like “Everyplace is a House” for example.  The drummer starts off playing a cheery groove on the xylophone—while still adding in the bass drum—and it seems the next moment his head is whipping around while he’s pounding out triplets.  Usually drummers use triplets in a song as a fill when the song is transitioning, but Chris Hainey uses them for most of the song.  And forget picks and strumming the guitar, the song’s guitars are tapping the whole time (Check out a Van Halen video if you don’t know what tapping is, ha).

In their new album, Beware and Be Grateful, the band continues to mold their sound that started in 2004.  “Silver Self” apparently is the band’s version of “Free Bird” because there’s a fuzzy, computer-like two-minute solo to end the track.  The song-writing seems more accessible than the math rock of their early years, and the flow of the songs seems more natural.  Howling and woozy background harmonies are added to Dave Davison’s main vocals. The guitar riff in “Vampires” is not as off beat as you would expect from the band, but that’s far from a bad thing.  In fact, it seems to make the song easier for Davison to string together vocals that fit well together.  And of course the band’s disdain for using guitar picks stands out in the song “Bugs.”  More tapping riffs!

The new album is a step in the right direction for the band with the improvement in the songwriting and structure of the songs. There seems to be a familiar vibe in the album, capturing the nostalgia of looking back at the past.  The sustained note right before the album’s end is testament to that.

Check out : “Everyplace Is A House (Live)”