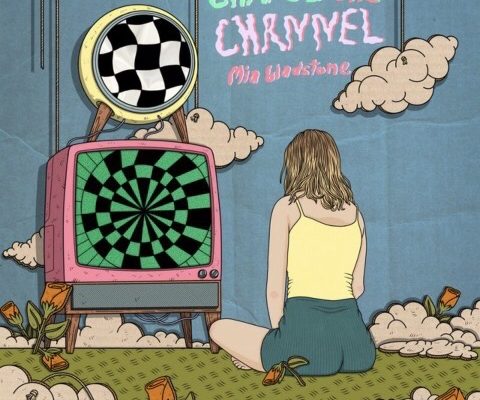 In a time where seasonal depression is starting to settle in, Mia Gladstone has released an upbeat track with a simple message: don’t worry, take it easy. Her latest track CHANGE THE CHANNEL couldn’t have been released at a better time, as many are struggling with heavy issues such as the pandemic or the current political climate. The song was released on October 15th 2020 as a single, and was produced by WHITERO$E.

Mia is known for her unique voice, and backing vocals that provide a vintage “scat singing” sort of sound. She previously released a sample pack on Splice, was part of a challenge that had producers use her vocals in their work. Her signature sound definitely shines through on this track, as her background vocals are a primary part of the chorus.

The mixing and production on this track definitely give it a more vintage sound, as it overall sounds a bit brighter than some of her other songs. The song starts with just Mia’s vocals and a piano line, and then transitions into a fuller sound, which is a really cool transition.

Throughout the track, she regularly repeats “please be good to yourself”, which is a message that I think everyone needs to hear right now. Everyone is struggling with things like working from home, and it’s easy to be hard on yourself for not being as productive as you’re used to. But, as Mia says, all we can do is take care of ourselves. It’s important to remember to be easy on ourselves, especially during these uncertain times, and self care always comes first. She explains throughout the song that you are in charge of your own life, and you create your own reality. It’s important to take a step back and remember what we can and can’t control, and rationalize our anxieties.

Mia has been using her social media platforms to spread this sort of message for a while now. She is a firm advocate for personal wellness, often sharing juice recipes and affirmation ideas. I’m glad she ended up creating an anthem that portrays these ideas, and a catchy one at that.

I think this is one of Mia’s best tracks yet. It’s upbeat, catchy, and presents an important message that everyone needs to hear. I’m excited to see what the future has in store for her music career, and to see where her creative path takes her.