1. Luna- Sideshow by the Seashore

Luna is an often forgotten band that was started by ex-Galaxie 500 guitarist, Dean Wareham.  Featuring a slightly dreamy sound, excellent guitar playing and plenty of free-form jams, Luna released several solid albums while together (they disbanded in 2005) and are undoubtedly worth checking out.

The opening track to Air’s downtempo classic, Moon Safari, is great for so many reasons. It’s chill, it’s funky, it’s groovy, that bass is amazing and it could go on forever and that would be okay with me. The rest of Moon Safari is great, but it peaks early with “La Femme d’Argent”.

3. Archers of Loaf- Web in Front

90’s indie rockers, Archers of Loaf, weren’t the noisiest or the most laid back band to come out of the decade, but they knew how to write classic songs that could perfectly capture the period they came from. “Web in Front” is a great example of this, an immediately catchy indie rock classic that comes off as incredibly relatable, despite cryptic, borderline nonsense lyrics. It captures the spirit of 90’s indie rock like few other songs.

4. Deerhunter- Nothing Ever Happened

The first single off of Microcastle is a fist-pumping, head-bobbing, jam that slowly builds into a soaring chorus and beyond.  Driven by propulsive bass and ever present guitar squall, “Nothing Ever Happened” gets better and better as it goes on.

Neutral Milk Hotel’s classic In the Aeroplane Over the Sea is my favorite album of all time and I felt that I need to include a song from it.  The problem is, I couldn’t pick any one track because it flows together so seamlessly. So, not wanting to mess with perfection, I picked my favorite track from their other album. It’s great too.

Tortoise is a band that I really got into while I was going through a bit of a post-rock phase.  Their free form jams incorporates elements of jazz, krautrock, dub and electronic. Listen to “The Equator”, which is just one example of the heavy grooves that Tortoise lays down.

7. Modern English- I Melt With You

I have a soft spot in my heart for cheesy 80’s music. “I Melt With You” is a classic song from one-hit wonder, Modern English and encompasses so much that I love from the era. The humming bridge is one of my favorite moments in music, as the tension breaks and the song erupts into that classic chorus. It’s always tough to resist dancing to this one.

Ride is one of the irrefutable titans of shoegaze. They layer guitars until they reach a near deafening squall combined with subtle vocal melodies, creating a wall of noise that washes over the listener.  “Seagull” is the opening track off their classic debut album, Nowhere, and is one of my personal favorites.

Pavement has been called the “quintessential B-side band” and it’s difficult to argue against that claim. “Circa 1762” from the John Peel Sessions, is a noisy gem that epitomizes the laid-back, easy-going nature of Pavement’s best music.

Jazz is a genre that I grew up around and my favorite has always been the king of cool, Miles Davis. Kind of Blue is my favorite jazz record of all time and “So What?” is a perfect way for it to start.  The groove is heavy and the improvisation is top-notch, featuring jazz greats like John Coltrane, Cannonball Adderley, bassist Paul Chambers and, of course, Miles Davis. There’s nothing like relaxing with Miles. 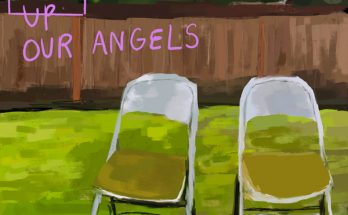