A couple of Saturdays ago, Arcade Fire played a bunch of new music on a concert special that aired after SNL. This song was the one they used to open up the odd program. The band is definitely embracing their lighter, dance side, but the music is still beautifully orchestrated. From what they’ve released so far, their forthcoming album should be a good one. Here is the audio from the first part of the concert special. Pardon the occasional interruptions of Michael Cera’s voice.

Here’s a song from French-rocker Don Cavalli’s second album, Temperamental. The 2013 album marked his long-awaited follow-up to 2007’s Cryland. The whole album is worth listening to because he has a wide range of styles, and gives a creative presentation of his musical ideas.

This artist is also pretty creative, but in a different way. His music features percussion elements unlike anything else I’ve heard in recent years. While there are several bands around now that make use of anything from high-end equipment to garbage on the same song, Shugo Tokamaru’s band is one of the few that fuses the two extremes without harming the music. They are innovative without being obnoxious, and I’m excited to hear more from them in the future.

This song is perfect for anyone who has ever had a writing deadline, and felt uninspired. It’s a bit of wisdom from Joanna Newsom’s first album.

It’s been a long time since I really listened to Roxy Music, but I recently heard Bryan Ferry’s rerecording of their greatest hits, and fell back in love. He rescored the songs to sound like 1920’s jazz pieces, and the idea actually worked. Here’s the original version of the song, but I recommend listening to the jazz version too.

Jim James released a solo album earlier this year. While it was good, I don’t know how much longer I can wait for the band to get back together and put out another album.

This band’s debut album is set to come out later this month. Several of the group’s members have been around for a while, but they only recently came together to work on their first collective album.

I think Woods is one of the most underrated bands of current times. They consistently release great music, ranging from raw and exposed acoustic to sturdy, amped up rock. They have a large catalogue for the time they have existed as a band, but their music never gets old or boring to listen to.

MGMT released their long-awaited third album last month. While it doesn’t have as many stand-out catchy songs as their past albums, it still does not disappoint. This song, in particular, reveals the band’s desire to push past any perceived limits. They keep nudging their music into new territory, but they maintain similar undertones in all of their songs. The result is that the new album feels very familiar, even though it introduces a number of new concepts for the band. Here’s the perplexing video for “Cool Song No. 2”:

Like Roxy Music, I hadn’t listened to the Supremes for years until recently, when someone gave me one of their albums. Now I can’t stop listening to them. The stuff is pleasantly infectious. Enjoy. 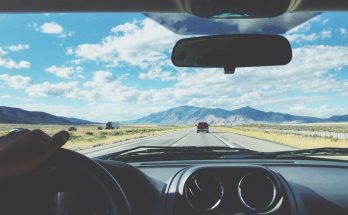