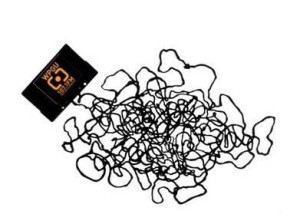 Due to its repetitive nature, it is easy to let Stereolab’s shogazey krautrock pass you by. The songs often stretch past the 5 minute mark and don’t change much as they go, but the hypnotic repetition is part of the band’s charm. The vocal melodies are catchy and pleasant, drifting along as the guitar, keyboards and drums drone in the background which only serves to intensify them.

After listening to Bill Callahan’s excellent solo record from last year, I had to delve deeper into his older work as Smog. While his voice has certainly dropped an octave or two in the past twenty years, not much about his songwriting has changed all that much. The aesthetic of his work has evolved, but he has always had a knack for basic, emotive phrasing and never wastes a word.

Galaxie 500 is all about repetition. On Fire has 10 songs that are all about the same tempo and all played in the same key, but Galaxie 500 manages to raise these dreamy mid-tempo strummers to anthemic levels. If you can get past Dean Wareham’s occasionally abrasive voice, you’ll find an excellent collection of dream pop songs which feature some excellent guitar soloing and the best song about Twinkies and Coke ever written.

“Since I Left You” – The Avalanches

There is an exuberance and quirkiness in The Avalanches’ music that is hard to find elsewhere, which made their debut, Since I Left You, an immediate classic. From over 3,000 samples, The Avalanches created an album that is joyful, danceable and often funny, which only makes it that much harder to wait for their long overdue followup.

Though much of Beat Happening’s self-titled album is a little too twee for me, “Our Secret” hits the sweet spot between sickeningly twee and just happy. Calvin Johnson’s voice may be off-putting at first listen, but it really is the foundation of the song, providing a grounding bass and rhythm to the endlessly repeating guitar riff in the background. If you don’t mind the extremely lo-fi aesthetic and want to listen to some cheery love songs, give Beat Happening a try.

“The Moon” – The Microphones

The Glow Pt. 2 is an album that conjures a wide array of natural imagery – mountains, wind, thunder, and in this case, the moon – and is one of my favorite records ever. It begs to be listened to with headphones, as the acoustic guitar surges from left to right, placed seemingly at random to wrap listeners in the sounds of the earth. “The Moon” is a dark, cloudy, aching song that captures the essence of its namesake with a billow of synthesizers and a horn section.

Sparklehorse’s album, Good Morning Spider, is music for when you’re bummed out. It’s sombre and cathartic, often quiet and barely above a whisper before turning up the volume to let out some bottled up anger. “Sunshine” is one of the more pleasant moments on the album, reveling in the gentleness of insects or waking up to a sunny day in contrast to the collecting junk that will be forgotten in time.

J. Mascis is one of my favorite frontmen of all time. His nonchalant, laid back voice is the perfect foil to his wild, distorted and feedback driven guitar playing. Add to that his uncanny ability to write hooks that will stick in your head for days and it’s hard to deny the greatness of a band like Dinosaur Jr.

“The Only Shrine I’ve Seen” – Darkside

I only just recently discovered Darkside’s 2013 album, Psychic, which is a shame because I listened to it too late to get it into our Top 50 of the year. The songs are slow-burning, forming vast soundscapes that give way to a driving funk and soul. It’s captivating and surprisingly danceable when it hits its stride.