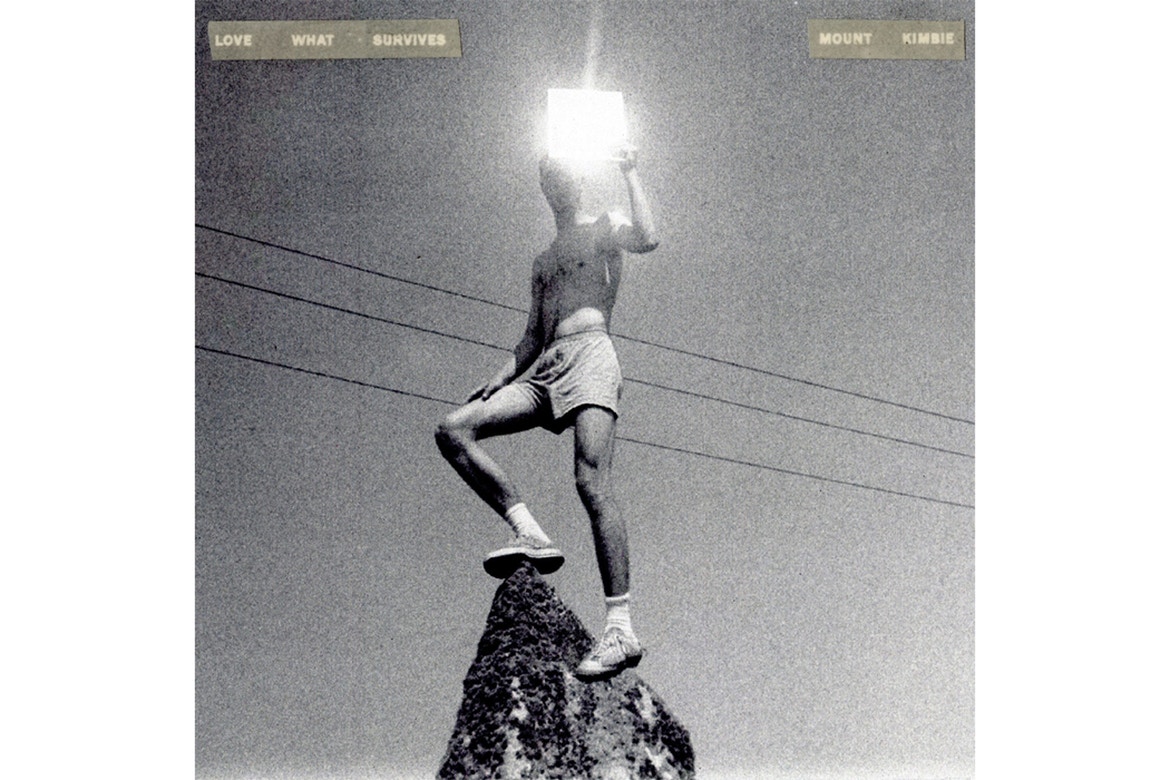 Mount Kimbie have been among some of the most influential artists of the last decade in music, arguably creating the genre ‘post-dubstep’ out of the peak of UK dubstep in 2008. Inspiring a sound alongside acts that took it in other directions like James Blake and Jamie XX. Major artists such as Disclosure have admittedly created tracks that sound very much like early Mount Kimbie, like their track, ‘I love…that you know’. With a sample feature on Chance’s Coloring Book and credits on Jay-Z’s, 4:44 there is no denying their impact on music.

Just as their previous LP Cold Spring Fault Less Youth, this album has moved further away from the more electronic sounding original releases of skips, blips and clicks over obscured samples that Mount Kimbie created their own sub-genre from. This album feels more like a post-punk band at points due to hard thrashing instrumentation, so much so that it is difficult to imagine the music being composed on a laptop.

With Love What Survives, Mount Kimbie has created an album that is carefully organized to deliver some of the best music I have heard all year, the first four tracks were impactful and ranging in sound. ‘Four Years and One day’ and ‘Blue Train Lines’ featuring King Krule, opening the album with fast paced, rhythm driven tracks that sound like a full band. “Auditon” changes the pace slightly with a lo-fi guitar melody and more laid back sound, but still with strong emphasis on rolling rhythms. Leading into one of the most accomplished tracks on the album, “Marilyn”, featuring Micachu. This track has beautiful dappled sounds covering simple percussions and crooning vocals creating a serene and dazed atmosphere.

The album reaches its interlude at “Poison” and shifts in tempo with, “We Go Home Together”, a track with strange laughter sample and a slow dragging beat backed by church organs with James Blake singing his ghostly falsetto over. It reaches its climax quickly and slowly dissipates to the organs and Blake’s vocals slowly fading. The following track “Delta”, brings the album back to the driving tempos and layered rhythms, but with a concluding feel to it as it leads to the final to tracks, finishing with James Blake’s vocals over spacey piano refrains with a repeating muted bassline on “How We Got By”.

Love What Survives, strikes a balance between the instrumental compositions and strong features to create an album that feels complete without getting lost in instrumentals. The track list leads the listener into the succeeding tracks allowing each track to be appreciated on first listen without feeling disorientated. There is detail and complexity in each track that allows it to stand out without being a filler to the next.

View all posts by Abe Farquharson →