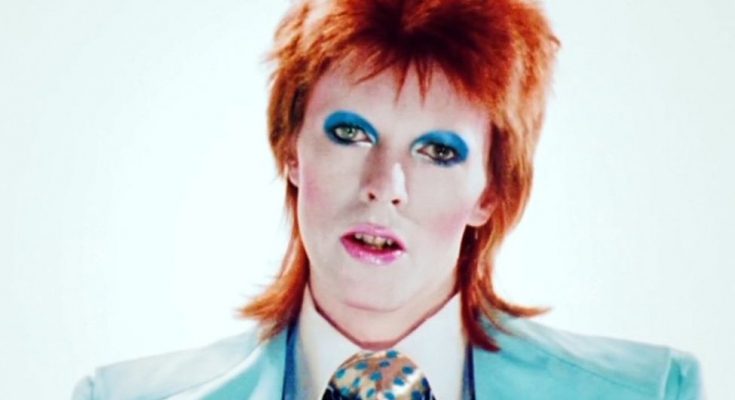 Back in February, Yungblud’s cover of David Bowie’s “Life on Mars?” was played on NASA’s livestream in celebration of the rover Perseverance touching down on Mars.

It began as Bowie’s “revenge” song after he was passed over as a lyricist for a song destined for Frank Sinatra. In 1968, while Bowie was working for Essex Music Ltd., he was commissioned to write English lyrics for the French hit song “Comme d’habitude”. However, his final product was rejected. And later on, as Bowie reflects on the lyrics in a 2012 interview, he admits “so I wrote this God awful lyric ‘Even a Fool Learns to Love’…it was dreadful…really embarrassingly bad.”

Even so, Bowie still wanted his version to be published, but the company went with singer/songwriter Paul Anka’s lyrics instead. The song ended up being titled “My Way”, which went on to become Frank Sinatra’s biggest hit. And when Bowie heard Sinatra singing Anka’s lyrics on the radio, he recalled being “really pissed off”.

In an act of revenge, Bowie decided to write his own version of “My Way”. “Life on Mars” uses the exact same chord progression for the beginning of each verse–both using a very common descending bassline pattern. However, as the song progresses, “Life on Mars” develops into a harmonic masterpiece, with a brilliantly unique spin on the cliches in “My Way”. Instead of continuing with a descending bassline progression, Bowie employs an ascending chord pattern in which the top note of each chord in the sequence goes up. This technique builds momentum into the chorus, where the listener is thrown for a loop as the song suddenly changes key. What’s more, Bowie is able to make these unique elements sound good–they are truly pleasant surprises.

Rick Wakeman, professional keyboardist and producer for “Life on Mars?”, even stated in an interview for a BBC Radio interview: “[Life on Mars?] was the best song I’d ever had the privilege to work on…. It had every single ingredient. The great thing about David was he was a wonderful melody man. But it wasn’t just the melodies; he had great ideas for chord structures and would always throw in the odd surprise when you were least expecting it, and that’s what was so great about playing his stuff. He’d be teaching you a song, you’d be going along, and you’d think ‘Oh I know how this is going to go’, and then it would change. Very clever guy.”

So, after all this discussion–is there life on Mars?

But is there music on Mars?

Yes! Perseverance captured the first-ever audio recording from Mars with its two microphones, and NASA has graciously released it on SoundCloud for us to listen to. In addition, NASA’s Curiosity Mars rover played “Happy Birthday” in 2013 using its sample analysis instrument to produce the tones in the melody and “sing” for itself.

If only we could share the news with Bowie.