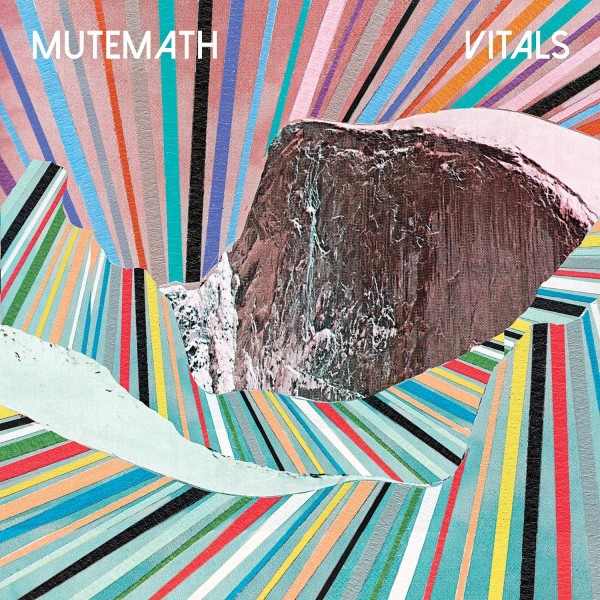 Reverb-dipped alternative rock isn’t as hard to find as it was a couple of years ago. Back in 2011, MUTEMATH showed the world what happened when an intense band took notes from Coldplay’s producers and it was pretty sweet. The rhythms were groovy. The band had enough edge for you to trust them as people. Best of all, you could just sink into the overall sonic atmosphere of it all. Whereas back then that was a selling point in the alternative world, we now have a handful of bands in mainstream alternative that create otherworldy sounds. MUTEMATH acknowledges this and has made efforts in their latest album, Vitals, to reinvent themselves.

Let me start by letting people know what’s stayed the same. They still have their glorious synths. The album opener “Joy Rides” kicks things off with a staccato riff played on a bright synth. The song is also more dance-orientated than you may remember MUTEMATH. Sure they’ve always had a pocket but this song is undeniably influenced by pop music’s recent obsession with funk, like Bruno Mars.

I know it sounds strange to compare the guys who did “Odd Soul” to pop heartthrob Mars, but there is an added level of tame in this new album. Take track four, “Stratosphere.” The chorus is softer and larger-sounding than MUTEMATH’s previous endeavors. Several other tracks have the same characteristics but I’m making it sound more boring than it actually is. There are some interesting new developments now that singer Meany has a less direct approach to his takes. The vocals in “Used To,” for example, have an interesting rhythm that always sounds slightly hesitated.

The production also sounds decidedly cleaner. I would say too clean. MUTEMATH self-produced this album and were too ambitious with creating a new sound. Meany made a Spotify playlist that cited songs that inspired Vitals. On the playlist are great dream pop songs like Cyndi Lauper’s “True Colors” and Coldplay’s “Fix You.” Disappointingly, Vitals never fully catches the dynamic variety that really make these songs. MUTEMATH has an interesting sound that could have been better showcased, but there is never any real build-up to a chorus. It was interesting for the first few songs but it does make listening to the whole album boring. If there was any conscious decision to put the songs in a particular order, MUTEMATH makes it hard for you to find the reasoning behind it.

Overall the album has good enough singles to stay relevant. You’ll find me jamming out to “Monument” for the next couple of days. I’ll probably get over it as soon as the next big pop song comes out, which really shows how forgettable this album will be. I hope MUTEMATH will continue experimenting, but next time they retain their coolness factor.