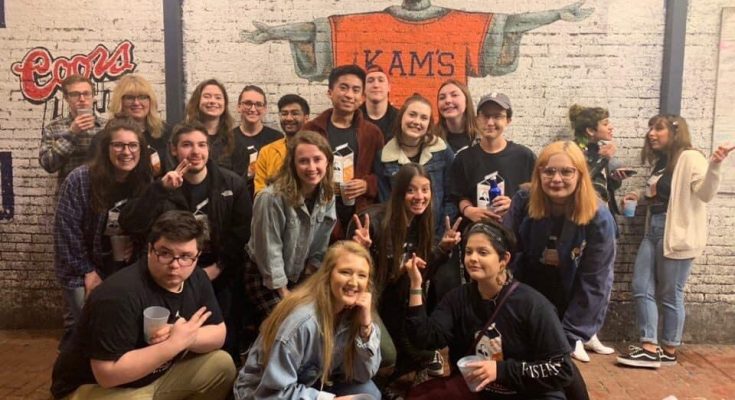 My time at the University of Illinois is quickly coming to an end and along with that, my time at WPGU. This is my last week working for WPGU, so I figured I’d share my thoughts and experiences with WPGU and the music community as a whole.

Modern Baseball has shaped a huge part of my college career, despite going on indefinite hiatus in 2017. Near the tail end of my freshman year, I remember rewatching their documentary that was released the year prior. In the midst of the band’s history, they talked about their college years and playing shows in random basements before moving on to bigger venues. It stood out a lot to me as a self-proclaimed music lover and college student. While happy with my first year experience, I couldn’t help but notice that one of the most important things in my life was missing-music.  I finished the doc and immediately took to Facebook to search for the elusive house shows previously mentioned. I didn’t even know where to begin, so my search ended quicker than it even started.

Sophomore year came around and I was determined to join a club that fit my interests. I joined Star Course Student Concert Committee and fell in love with the process of promoting and planning shows. It was also the first time I met people in college that shared my musical interests. I thought one music-related club would be enough for me and continued on with my year.

Second semester hit and I decided I missed writing, as I used to write for my high school’s newspaper.  I attended the Illini Media Info Night with the intention of joining the Daily Illini or maybe the Illio. Before the program director of WPGU spoke, I didn’t even realize we had a radio station besides Pizza FM. But from that moment, I was hooked. I immediately signed up for the marketing team and applied to write for the website, forgetting my previous journalistic dreams.

A few weeks later, I got the email that I was officially a writer for WPGU. I was thrilled. I attended my first meeting at the old station on Green Street and we made a group playlist. As a generally excitable person, my first meeting left me absolutely floating on air. I did a complete play by play of the meeting to my roommates afterward, ecstatic to find something I was so in love with.

As I became more involved in the music scene, I attended my first house show, at some house deep in Urbana. The basement was packed and sweaty as those things always are. Even though it was some stranger’s basement with a band I had never heard of, I had never felt more at home. So many familiar faces filled the room and I was surrounded by good music, what more could I ask for?

The rest of the story is something pretty similar. From sophomore year on, my time has been filled with countless WPGU meetings and all-staffs, Star Course shows, and Urbana house shows, among other things. I tried my hand at the social media team after quitting marketing, but web writing has been the team that I’ve stuck with the longest. Last year, I decided to up my commitment to the station by applying for Web Director. I may or may not have screamed when I found out I got the job (woooo!)

I can’t decide if the point of this post is to encourage underclassmen to get more involved in the music scene, whether in Champaign-Urbana or elsewhere, or if it’s just the ramblings of a nostalgic senior.  Regardless, my life would be vastly different if I didn’t immerse myself in the music scene here. Lots of great memories and friendships were formed in the Green Street station and, later on, in the basement of the YMCA.

I’ve been on the air intermittently over the years; as a co-host for a singular session of Loud and Local for a band I recommended, during the marathon “Don’t Stop Me Now” fundraiser, and probably a few other times I forgot. I got to attend Pitchfork and Pygmalion using press passes, covering some of my favorite bands (s/o to Beach Bunny, Whitney, Clairo, and Snail Mail). And I’ve also met some of the kindest, most wonderful people that the University of Illinois has to offer. WPGU has felt like a home away from home while I’m at school, which is why it’s so hard to say good-bye.

If there’s anyone out there reading this that’s not already my family or friends of WPGU (hey mom and dad), take this as your sign to join WPGU and dive deep into the music scene. Who knows, maybe you’ll find a team you like, a friend or two, and maybe you’ll even trick them into paying you to do a job you’d gladly do for free.

Thanks, WPGU, for the best college experience. 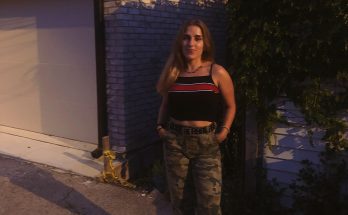 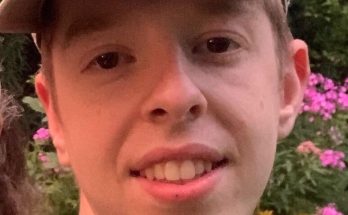 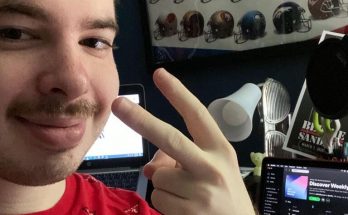