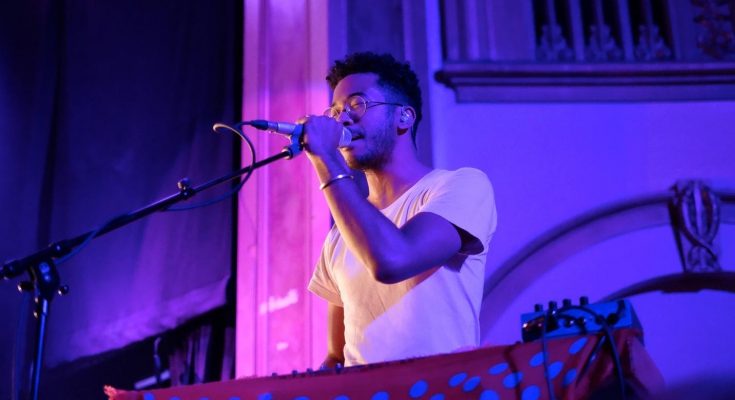 Music is a unique art form for numerous reasons, with arguably its most extraordinary asset being the capability to appeal to just about anyone. When asked the question, “What kind of music do you like?” Rarely will one ever reply, “Oh, I don’t like music.” The one being questioned might mention how they prefer hip-hop over country, energetic songs over tracks with more somber tones, or even just say they’re not too huge into music and only like to listen to radio hits in social settings.

But to outrightly dislike music altogether? Good luck finding someone who holds steadfastly to that position.

The reason for music’s incomparably broad appeal is due to the hundreds — if not thousands — of genres and sub-genres adventurous musicians have pioneered throughout human history. If someone doesn’t enjoy a particular sound or musical style, odds are they’ll find a sound they do like based upon the sheer number of available alternatives at their disposal.

Another beautiful thing about music is that it’s a constantly growing art form, as fresh ideas often birth new sounds and consequently open up even more doors for listeners to expand their sonic pallets. The music-listener relationship is symbiotic: the musician gets to experiment and expand their craft for which they possess a great passion, and the listener receives boundless amounts of exciting new sounds while funding the artists’ ability to provide them.

Given how much the listener stands to gain from the proliferation of emerging genres and sub-genres, the last thing they should be inclined to do is label a genre as deceased — yet this is not an uncommon phenomenon.

A prominent example of this foolish practice enacted by listeners and critics alike is what they have done to the unique and often dubbed “short-lived” genre of chillwave. The sound chillwave trailblazed was equal parts psychedelic, lo-fi, and, well, chill. The fathers of the genre tapped heavily into psychedelia’s potential to create a sensation of bliss for anyone listening, typically through utilizing mesmerizing synth progressions, funky and heavily doctored basslines, retro-pop aesthetics and angelic, reverb-heavy vocals that rest comfortably somewhere between the background and foreground.

Even within such a niche genre, there is plenty of variation in how individual artists have expressed their styles of the sound. While chillwave pioneers Toro y Moi (pictured above) and Neon Indian lean heavily into crafting catchy, upbeat yet inimitable earworms, the equally influential Washed Out incorporated a plethora of string elements such as the acoustic guitar, violin ensembles and the harp coupled alongside his atmospheric vocals to craft songs that evoke feelings of repose and borderline nirvana for the listener.

Sounds like quite the fantastic genre, doesn’t it? If someone today were to stumble upon an album such as Best Coast’s Crazy For You, Neon Indian’s Era Extraña, or Panda Bear’s Person Pitch, it’s not unlikely that an intrigue would be sparked to explore what else chillwave has to offer. However, they would subsequently be disheartened by the results yielded by a simple Google search of the genre.

Articles whose titles refer to chillwave as a “momentary microgenre” or even go so far as to place the genre under an article series titled “That Was a Thing” are the of the first to surface after someone punches “chillwave” into their browser’s search bar. Web writers who publish works with such titles only serve to perpetuate the harmful phenomenon of declaring genres to be dead and buried, a practice that must be stopped due to the active dissemination of disinformation that occurs within it.

As a supplement to that point, there is an important distinction to be made: the death of a genre versus the heyday of a genre.

Continuing with the example of chillwave, the above articles rightfully cite the height of the genre’s relevance and most compelling content as being dated somewhere loosely between 2009 and 2013. These estimated tracks, as chillwave’s genre-defining albums — including Neon Indian’s Psychic Chasms (2009), Toro y Moi’s Underneath The Pine (2011) and Washed Out’s Paracosm (2013) — were all released during this timeframe.

However, here is where music critics and other web authors make their fatal mistake. Simply because a genre is no longer as active or prevalent in the mainstream as it was in its heyday, too many jump eagerly at the opportunity to declare a time of death and write articles that read more like condescending obituaries than they do an overview of the genre’s highlights.

While chillwave has admittedly progressed past its heyday, legends of the genre such as Washed Out, Toro y Moi, Panda Bear, and Best Coast have all released new albums over the past two years. Additionally, exciting up-and-comers that pull heavily from the chillwave sound are continually emerging to pump fresh music into the mainstream, with a prime example being French psychedelic pop duo Videoclub and their new album Euphories.

Music is an ever-evolving art form. Labeling any genre of such constantly changing art as dead or terminated is a nonsensical decision that serves only to discount the work of both older and modern artists who are making noteworthy strides in these genres and hamper the public’s ability to enjoy said work by peddling the notion that they have nothing worth checking out anymore.

There are numerous genres whose apexes are undeniably in the rearview — think chillwave, gangsta rap, ska, dubstep, or ragtime jazz — but genres being past their glorious primes is not synonymous with nonexistence. For the sake of all artists currently contributing to and building upon “dead genres” and listeners who deserve transparency in their search for new music, don’t allow critics or anyone else to confuse genres losing relevance with genres dying.