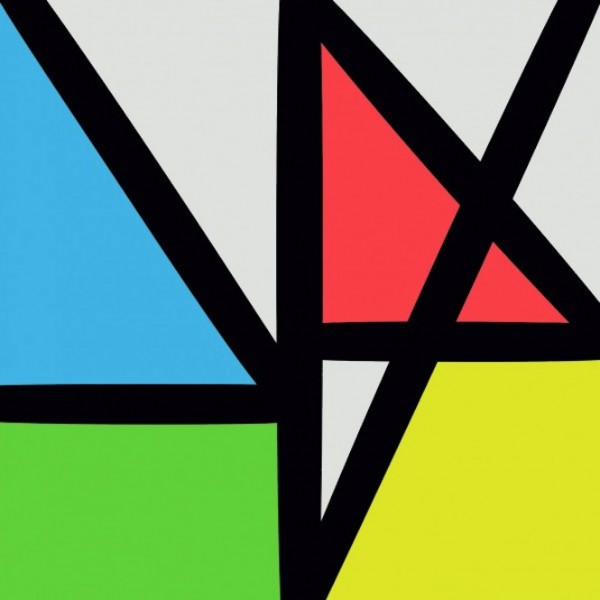 After finding out that New Order had a new album coming out after their 10 year studio break, I knew it was time to dig into my music collection and revisit my collection of their post-punk tracks. When I think of New Order, instantly I think of their popular hits “Blue Monday” and “Bizarre Love Triangle,” and the nostalgia of 80’s funk came over me. So it wouldn’t come to be a surprise that as I listened to their new album Music Complete, you best believe that I was ready for an hour full of bright spandex. With scrunchie in hand and Richard Simmons in the background, I faithfully began listening to Music Complete and ended up feeling, well, a little different than I did before.

The album opens with “Restless,” which at first leads you on to believe that it is the band that we all know and love. However, the tempo picks up and turns the focus away from the electro beats towards more of a guitar-driven sound. Throughout the song, you’re taken on a quest for love through lyrics like, “Has come to stay? A taste of love, so sweet, so real you can’t let go,” and it is supported well by the Game of Thrones-themed music video. “Restless” has the boyish voice of looking for love combined with cool guy vibes and although it doesn’t sound like New Order’s typical style, it lets us forget, for a second, the missing man Peter Hook.

One song that I cannot help but bring up is “Tutti Frutti,” and if you have the time to listen, you’ll understand why. The start of the song is, the only way I know how to describe it, a Frankenstein-esque voice speaking in Italian, and it completely throws you off. If one would ignore the Italian voice whispering sweet nothings and focus on the rest of the song, the speaking section would be the only memorable part. To me, lead singer Bernard Sumner seems bored while singing, which is confusing for a song called “Tutti Frutti.” New Order deviated greatly from their previous known style electro-dance music and although “Tutti Frutti” has great eurodisco vibes, there was a lack of energy and emotion that was slightly off-putting.

After “Tutti Frutti,” the following songs have the similar emotionless tone set forth by its predecessor. One mention that must be made is “Stray Dog,” where Iggy Pop recites a poem written by Bernard Sumner in a tone that I must describe as too gruff. The odd pacing of the poem combined with the synthpop sound was a complete momentum kill for the album, especially with its placement in the middle of the album and its six-minute length. Don’t fret, however; the concluding “Superheated” finally brings back the emotion of a high school love with its melancholy tempo and its swooning lyrics, as the featured Brandon Flowers serenades you.

Maybe it’s just me stuck in my own expectations of New Order, but I miss the 2005 New Order when they released Waiting for the Sirens’ Call. Music Complete slightly touches upon the classic new wave style, but it fails to acknowledge the musical legacy that New Order has. However, don’t be afraid to find this out for yourself… or rather to listen for yourself.

Check out “Tutti Frutti” below:

I’m majoring in Natural Resources and Environmental Science and minoring in Chemistry. When I am not exploring the great outdoors, you can find me watching The Office while eating an obscene amount of Thai food. If you have any music questions, I’m definitely not the right person to ask.

View all posts by Julia Antonson →