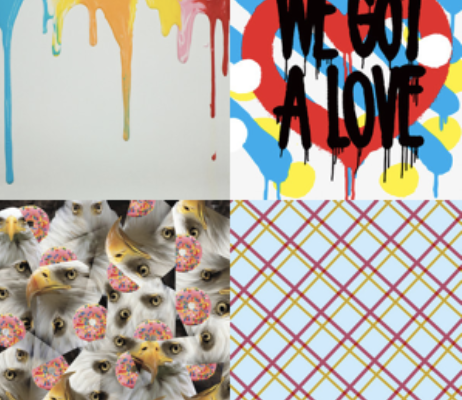 The following playlist has been paired with an original narrative story. Each portion of the story is labeled with the corresponding song that should be listened to as you read along. I hope this story allows you, the reader, to visualize and connect with the music in a unique way.

Fallon has been on the run from a mysterious figure for a few months. With his pursuer hot on his trail, he has forced himself to hide in a popular nightclub. He hopes that the mass amounts of people will allow him to blend in, but his aversion to large crowds of this nature may mean that the club itself and the people in it will present an even greater challenge for him to overcome.

Quiet footsteps treaded carefully through a sea of people as a pair of watchful eyes darted anxiously throughout the crowd, an odd behavior to be observed in one of the most populated nightclubs. Fallon had been on the run for months, but had slipped up and became trapped in a maze of bright lights, blaring music, and bothersome people enjoying themselves in varying degrees of euphoria. This was Fallon’s worst nightmare.

An odd figure catches his attention, and he watches them carefully. If Fallon’s suspicions were correct, someone would be on the lookout for him in this place. He had to be mindful of anything that seemed out of place, even if it was just a gesture of the hand. It was difficult for Fallon to make these kinds of discernments, but he figured that a club such as this would provide the same kind of trouble for anyone who was attempting to pick him out of a crowd.

The figure, a tall, brooding man passes through the crowd with ease, as if he were physically repelling those around him. Fallon makes eye-contact with him, and his heart jumps. He quickly turns away from them, and heads into a busier part of the club.

In this area, the energy of the crowd could be felt tenfold. Fallon struggles to pass by people, as everyone is packed shoulder-to-shoulder. The deafening music and scents of alcohol, sweat, and drugs bombard his senses. He had to get out of here.

Fallon looks for the nearest exit, but finds himself forced further and further towards the center of the crowd. A girl grabs his arm with the indication of dancing with him. In a fit of panic, he yanks it away and pushes her to the side. He apologizes and can tell he’s upset her, but before she can respond, her eyes shift to something behind him. Fallon’s stomach drops as the crowd shifts away from him, and a brooding presence can suddenly be felt.

Fallon turns to face the man he was avoiding from the previous room. The people around him resumed their activities, but he could tell that most of them were conscious of the tense energy. Their movements weren’t as passionate, and a growing murmur could be heard as they urged others to move back and create more distance between them and the man and Fallon.

Thoughts of possible escape routes raced through his mind, but there seemed to be no way out of this situation. The man in front of him was much bigger and stronger than he was, and while he could probably out-run him, Fallon was trapped amongst all the people that surrounded him. The club would not permit him entry with any weapons or means of self-defense, so he had nothing to protect himself with but his own two hands, which were unfortunately not much to boast about.

He glances at the girl who grabbed him earlier and notices a drink in her hand. Fallon grabs it and smashes the glass into the man’s face. The man cries out in pain and distress as he is temporarily blinded by the mixture of alcohol and glass shards. Fallon takes this moment to drop low to the ground and begin weaving his way through the bramble of legs, pushing people over if need be.

Feeling the Effects (of Saturday Night)

Fallon manages to create a little bit of distance between him and the man, but his technique proves to be inefficient, as he can quickly feel the fatigue in his arms and legs from crouching and constantly moving people.

Behind him, shouting and a scuffle can be heard, so he takes a brief second to stand up and see what’s going on. His eyes widen in fear as he catches sight of the man, now enraged, striking at those around him if they do not move quickly enough. He is stronger than Fallon initially thought, as he takes down person after person with one blow. As this continues, fear infects the crowd, and people begin to move toward the exists. With this newfound space, Fallon is able to dart through the gaps and make his way out of the club.

End of the Trail

The situation becomes clear to an increasing number of people as more and more bodies continue evacuating the area. Security rushes to the scene, and Fallon glances behind him to try and catch a glimpse of what’s going on. Much to his comfort, the man can no longer be seen. In fact, he can hear reports coming in through the security guards’ walkie-talkies that the man has disappeared from the premises.

Fallon breathes a sigh of relief. With that big of a scene created, he knew his pursuer wouldn’t dare show his face around this area again anytime soon. For the time being, he was safe.

Here in the Twilight

Fallon steps out into the cool evening air, and takes a moment to finally relax and catch his breath. The music could still be clearly heard from inside the club, but it wasn’t as loud and he was finally able to enjoy it. He had been on the run for months now, and he thought getting caught in that club would be the end of him.

“You know, if you wanted a sip of my drink, you could’ve just asked.” a soft voice calls out. A gentle hand is placed on Fallon’s shoulder, and he turns to see the girl whose drink he destroyed.

“Oh… yea, sorry about that. I was trying not to die.” He responds awkwardly, and the girl laughs at this.

“It’s no worries. I guess you’ll have to make it up to me sometime then.” Fallon’s heart starts racing again. The two of them look at each other, and for the first time this night, Fallon is thankful for the music’s presence.

He takes her hand and looks into her eyes. 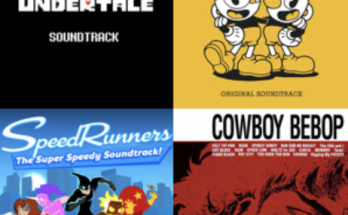 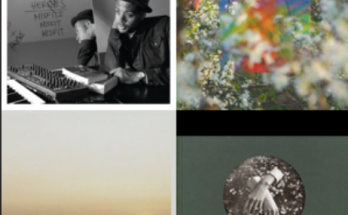 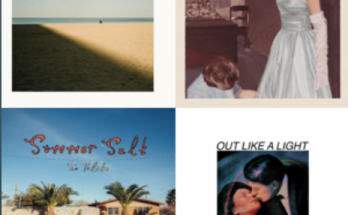