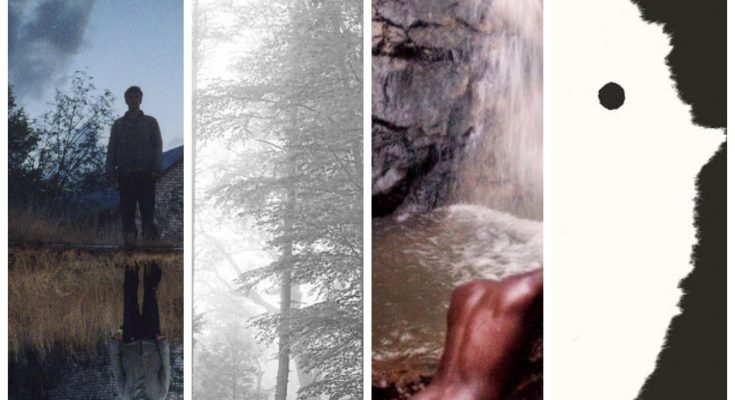 Every single Friday of every single year, there’s great music to discover. In the age of Spotify, infinite content is available at any given moment. It’s absolutely astounding but also intimidating. With all of this music readily available all of the time, it’s hard to know where to look for new music. The absolute abundance makes music discovery overwhelming. So, instead of a huge list of every notable release this year, here is but one album from each month with one song to check out from each, split up into three segments. Here are my selections from May to August. I hope you enjoy what you pick out from here as much as I do!

Many artists feel boxed in by the labels that the industry and listeners assign to them, but Moses Sumney is genreless and proud. With his incredible voice, major labels had visions of Sumney topping charts with pop tunes churned out from Swedish songwriters. For many artists that would be all she wrote, but not for Moses Sumney. Since his breakthrough debut Aromanticism, he’s wanted to go bigger and bolder than ever before.

With Græ, Sumney delivers on that ambition. The sparse, gorgeous strings that graced Aromanticism are still here, but there’s so much more to unpack. Græ is sprawling and cinematic. “Virile,” for example, tackles toxic masculinity with thundering vocals much different from the delicate falsetto that limberly runs through most of his music. It’s still graceful, but unlike any of his songs before, it’s also exhilarating. Meanwhile, “Conveyor” sputters along mechanically like it’s straight out of a dystopian power plant, where “Colouour” lounges around hazily like a Twin Peaks song.

Despite all of this artistic evolution and ambitious new direction on Græ, the strongest highlights come from Sumney doing what he does best, fragile ballads of love and the lack thereof. “Polly,” in particular, is a love song like no other. Stripped down to an acoustic guitar and a few mini harmonizing Sumneys, “Polly” is a painstaked song about a relationship not flowing both ways. It’s stark, haunting, and his best song yet.

On Græ, Sumney crafts a world of his own. Filled with numerous musical styles, a couple of duds, and dense vocal passages, it’s a big undertaking for the listener. But Græ is one of those albums that reveals its treasures with time and gives back what the listener puts in. I strongly recommend it.

Russian artist Kate NV has offered a fresh sound and a fresh perspective on all of her albums, but none have been as fun or exciting as her latest album Room for the Moon. Her first album Binasu was largely indebted to Japanese city pop, and her second album was a collection of organic ambient pieces. Room for the Moon is the culmination and perfection of all of her sounds and influences, and it truly sounds like nothing else out there.

Album opener “Not Not Not,” kicks off with a funky off-kilter synth lead. In comes a drum kit straight from the 80s, then a marimba, dueling horns, and finally Kate’s eclectic lyrics. It’s oddball and surprisingly fun. The palette of sounds doesn’t vary a ton from here on out, but the range of sounds she draws from these instruments is impressive and engaging.

The true highlight and biggest takeaway from this album is its centerpiece, “Sayonara.” It boasts arguably one of the best basslines of any song this year and builds off of its uneasy atmosphere. The song’s cards are all shown from the beginning, yet in its 6 minute runtime it never gets tiresome– in fact, it gets more exciting. While “Sayonara” is far and away the best song here, the album as a whole is still an incredibly fresh and fun listen. Room for the Moon is not one to be missed.

Yeah, okay. I know that at this point, anyone who was going to listen to Folklore would have already done so. But to those still skeptical of Taylor Swift’s “indie” album, I implore you to give it a listen.

Many Folklore naysayers claim that Taylor Swift going for this sound is inauthentic, but that’s an irrelevant argument. Drake, inarguably the biggest rapper of the ‘10s, has repeatedly tried to imitate sounds that catch his ear, notably genres like dancehall and drill, as well as the dreaded Tik Tok song. Also, many other pop artists, such as Dua Lipa and The Weeknd, have taken inspiration from and paid tribute to 80s pop. The argument that Taylor Swift should be written off for trying a new style is absurd, especially when she brings the tunes. And on Folklore, she does.

The songwriting and musical style complement each other well too. Featuring production from Jack Antonoff and The National’s Aaron Desner, Folklore provides a subtle, tasteful, and lush backdrop to Taylor’s biting storytelling. Songs like “The Last Great American Dynasty,” “Mad Woman,” and “Betty” detail the lives of women ridiculed, scorned, and oppressed by those around them but admired by Swift, their narrator. The angle of narration Swift takes on these songs is pointed and refreshing. Others like “The 1,” “Illicit Affairs,” and “This is Me Trying,” detail relationship woes in a way that refrains from cliche, yet is easy to relate to. With Folklore, Taylor Swift pulls off yet another album that is both one of the biggest and one of the best.

So you might be wondering (but probably not really) why I didn’t include a song to hear for this album. Well, that’s because there’s only one song on the whole thing. Microphones in 2020 is a single 40-minute song created around a poem written by the band’s singular member Phil Elverum. In the piece, he ruminates about his life, his music, and his place in the world. I understand this may be a hard sell here, but despite the autobiographical nature of this song, the appeal goes beyond the avid Phil Elverum fan.

On the YouTube release of this album, Elverum lays photos of his memories on top of each other as he strums. The melody he plays is a beautiful throughline and he rides it out for nearly eight minutes before he begins to sing. Even before a word is uttered, the video evokes a state of intense introspection, blanketed with nostalgia. It’s important to note that a project like this could so easily be a chore, something downright boring to listen to. And yet, it’s not. The music is wide-eyed and awestruck, as Elverum’s best work always is. It’s also why the album has gotten so much praise, and rightfully so. Even if you can’t identify with Elverum’s poem, the music that backs him is tender and full of life. It’s a touching album that’s been my go-to for ruminating and dreaming.