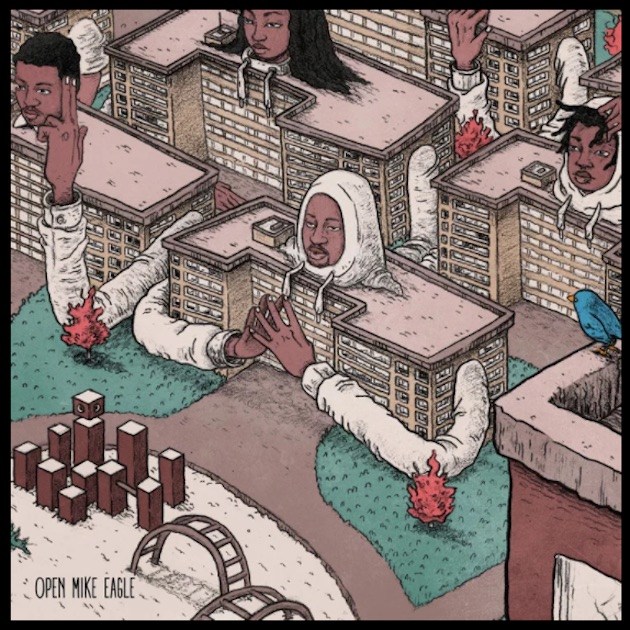 Michael W. Eagle II, otherwise known as Open Mike Eagle, is a rapper unlike most others in his field. While most popular rappers today value street credibility and materialism, Eagle prefers witty metaphors and self-aware humor to carry personal messages and social commentary to his listeners. His last solo album, Dark Comedy, was full of these clever, thought-provoking comparisons, but hidden beneath them were personal struggles, thoughts on technology obsession, and criticisms about the current state of hip-hop. Eagle’s music may be hard to digest at first due to its dense wordplay and abstract, unconventional beats, but taking the time to sit and understand the content of each song can be extremely rewarding. 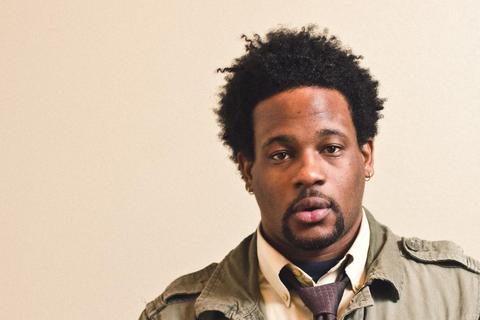 Mike’s newest full-length release, Brick Body Kids Still Daydream, may be his most personal work to date. Although his past projects have been thematically coherent, none have been as focused on a single concept as this one. Mike spends the entirety of this project talking about the Robert Taylor Homes public housing projects in Chicago, where he grew up. These housing projects were demolished ten years ago, leaving the communities within them homeless. Mike views this demolition project as a direct attack on the, mainly black, families living inside, and an effort to remove them from the city. Over the course of this newest album, Mike takes the opportunity to personify the homes that were demolished, and recognize the thousands of residents that went unaccounted for.

Making use of his full vocal range, Mike chooses to sing more than usual on this album, taking on most of his hooks himself, and even rapping many of his verses with distinct melodies. This change adds a soulful, and more vulnerable, component to these personal songs. Another change in this album is in the beats. Because many of these songs include metaphors comparing the projects buildings to kids in the city, many of the beats utilize clunky and stiff grooves that invoke imagery of construction sites and factories. For example, the beat on “No Selling (Uncle Butch Pretending It Dont Hurt)” adds several rough sound elements during the verses that sound as if Mike Eagle is rapping in an abandoned warehouse that’s falling apart. Vivid description in Mike’s verses paired with these visceral beats makes for a hard-hitting musical experience.

However, not all the songs are as direct and serious as these. Mike takes the time to share deeply personal and relatable stories as well, which serve as welcome breaks from the darker tracks. “95 Radios” featuring Has Lo, shares a story from Mike’s youth growing up around the Robert Taylor Homes. This personal story deepens the connection to the homes Mike grew up in and makes the closing track that much more impactful. Titled “My Auntie’s Building”, this final track summarizes Mike’s feelings towards this demolition project, and serves as an impactful closer to his most personal project.

Few can describe an issue as complex as public housing projects as delicately and as sharply as Open Mike Eagle, and even fewer can accomplish this while still crafting songs worth listening and re-listening to. Open Mike Eagle’s Brick Body Kids Still Daydream is an essential listen for anyone who would like to hear a deeply personal concept album with clever wordplay and unique instrumentals, and especially for anyone from the Chicago area who would like to hear about a different side of the city and its impact on thousands of former residents.