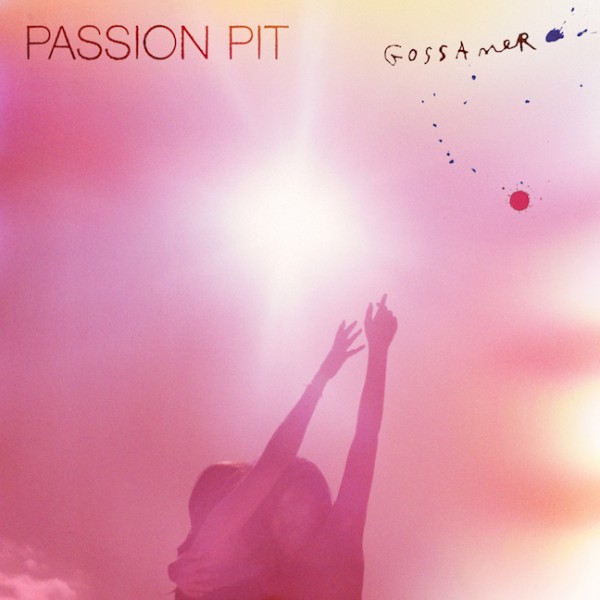 Few things strike the same kind of fear in me like sophomore albums – especially ones from artists that I love. However, my sleepless nights and panic-stricken days spent worrying about how Passion Pit would attempt to follow up their debut album Manners proved to be worthless. Gossamer is still synth-charged and dance-able like its predecessor and paired with even more troubling lyrics than before, which may make you feel bad for how much you were dancing.

The album begins with the first single, “Take A Walk”, which to me seems a bit out of place. The song is catchy and meaningful as it tells the story of a man and his family through an economic crisis set in New York City, but the sound of the song in comparison to others on the album is, quite frankly, weak. It’s without a doubt catchy and little bit of a departure from typical Passion Pit.  While I’ve never been one to find fault in taking risks, “Take A Walk” just doesn’t seem to fit the rest of the Passion Pit repertoire – which to me is nearly flawless.

Now that we’ve gotten that behind us, the rest of the album pretty much nails it. “I’ll Be Alright” starts off with pounding synths that we’re used to hearing from Passion Pit, but amped up a hundred times. Angelakos’ falsetto is ever present as the song marks an autobiographical shift for the rest of the album. Angelakos, who suffers from Bi-Polar disorder and has struggled with drugs and alcohol, narrates the issues in his life throughout the rest of Gossamer. Although masked with a sound that seems anything but sad, he sings “And yes, I drank all those drinks on my own / My life’s become some blurry little quest” on my personal favorite “Cry Like A Ghost.” As depressing as the album may sound, this is what gives it substance. It’s one thing to put together an album full of fun beats and dancey melodies, but it’s another to meld that with lyrics that hold such personal meaning and struggle in them. It’s almost weird how the album will get you to sing and sway along on songs like “Constant Conversations,” that has such an infectious rhythm it’s impossible not to, only to realize you’re singing lyrics like “I’m just a mess with a name and a price.” Weird in the best way possible.

Despite the strife that went into recording this album, it works. Passion Pit understands what makes them great and realizes that they shouldn’t veer too far from it, which was smart. This isn’t a repeat of Manners, but it is a hauntingly beautiful extension of it.

Top Tracks: “I’ll Be Alright”, “Cry Like A Ghost”, and “Constant Conversations”