Although Phoebe Bridgers finds no difficulty in producing popular music, her song “Georgia” has recently become a viral sound on Tik Tok, accompanied by an even more viral trend. The sound is a short, soulful clip of Phoebe Bridgers belting the chorus to one of her more popular songs, “Georgia” from her album Stranger in the Alps during a live performance.

In her live performance of “Georgia” that Phoebe gave for Daft Star – a website that focuses their music content on live performance videos, interviews, and rising star spotlights – she gives a bone-chilling version of her popular song. Because of its passion, and the visceral reaction that seemingly all listeners experience while hearing the live performance, it is no surprise a portion of the performance made it to Tik Tok. The sound clip includes the bridge in “Georgia” and the beginning of the second chorus, when Phoebe sings, “If I fix you / Will you hate me.” Known for her hard-hitting one liners, the lyrics along with the elevated passion found in the live performance not only continues to make Pharbs everywhere go practically feral, but those who have not yet discovered her music are now coming to terms with her undeniable talent in both singing and writing.

The trend that follows the sound clip on Tik Tok is just about as clever as Phoebe’s lyrics. The trend starts with the view of a creator’s face – whoever they are – saying with the text feature something along the lines of “No, Phoebe Bridgers’ music doesn’t really affect me emotionally,” and, once the chorus hits, the video changes to the creator evidently not supporting their claim, dancing, belting and pounding their fists to the emotional ecstacy of the performance. The trend is funny and niche, but has gained popularity with parodies involving other artists more widely known than Phoebe, while also helping smaller artists gain recognition when fans creates a video to this trend with their music.

The trend and the live performance are equally great, and the way “Georgia” and Phoebe Bridgers herself seem to have our generation in a headlock is fitting of her talents. To listen and watch the live performance, you can use the link provided below. 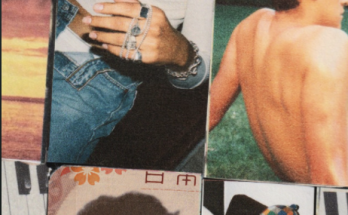