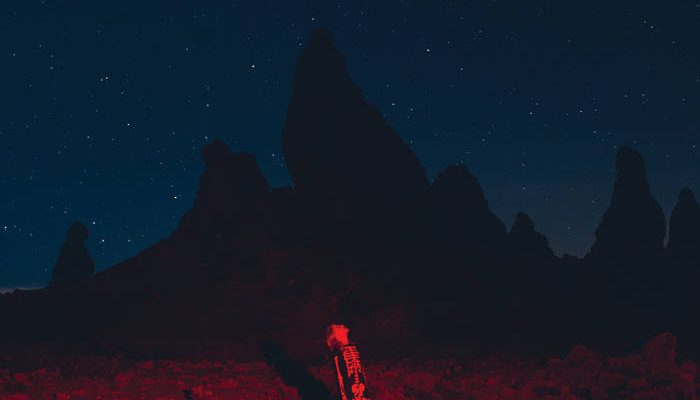 Phoebe Bridgers has always been able to navigate deftly through the winding images of her lyrics. That skill has never been tighter than on her new release, Punisher. This ability can be seen in the gentle shift from an idyllic hillside view to the hiding of a skinhead’s body on “Garden Song” or being able to pull off sincerity in the line “I’m a liar” in the outro of the album’s title track. Punisher establishes a tone that is both sardonic and longing, finding fault and failure in success and bringing focus to the moments things begin to fall apart.

The music is almost gentle, with crooning reminiscent of Elliot Smith and a lone guitar or the distant horns emerging from “Kyoto.” The lyrics find a way to nestle into the sound even if their subjects are darker than their surroundings. The graceful tying together of crushing feelings but placing them almost in casual conversation has always been Bridgers’ strength. The singles leading up to this album still stand out as some of the strongest songs on the project because they capture this so well; between the two previously named songs and the last single, “I See You,”  there is a sense of struggle between moving and staying, of being on tour and moving between continents, or seeing if some cottage would be the right place to settle down. The subject matter is so forward but there is still a need to linger in the dissatisfaction, a relatability in the sharp moments in her music. There, you can understand her hate toward someone or the need to aimlessly wander through California streets in “Punisher,” or the homesickness that you know cannot be cured by simply going back into motion. Bridgers returns again and again to how going somewhere else won’t solve the problems that you carry with yourself or find once again when back at home.

That leaves the album as a whole feeling like it has the edge of something apocalyptic, a seeming peace all around you as everything breaks apart into nothing. Even the album cover, Bridgers standing alone tinged in red light, gives the initial sense that there is nothing awaiting past the background hill. It’s in the gap between the energy at the end of “Chinese Satellite” finding Bridgers not fully able to commit to a leap of faith, or the struggling hope of an adventurous trip in “Graceland Too.” When the album collapses into her screams in the closer “I Know The End,” it feels like a fitting ending; everything is let out, the perfect collapse. Bridgers again sings sympathetic stories till the very end; where her feelings of struggle and hopelessness are used to create art. The album itself is a beautiful compilation that takes all of her greatest abilities and puts them front and center to make her best work yet.