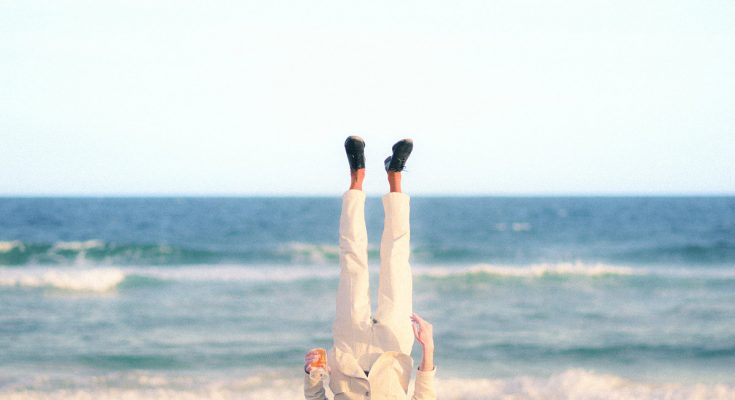 A magic carpet ride supported by synth-pop that gives you a hug… but only because you’re both sad. Vistalite is a short twenty-three minutes of comforting dreaminess you won’t regret.

If you are unfamiliar with the Brooklyn based indie rock band Plastic Picnic, allow this review to act as an invitation to check them out and give a listen to their second and latest EP, Vistalite which was released in July of this year. For a brief introduction, Plastic Picnic was formed after the combination of two pairs of musicians Singer Emile Panerio, Guitarist Lincoln Lute and Drummer Gordon Taylor, and Bassist Marshall Hunt met in New York in 2016. Since that time the four have created two beautiful batches of songs, the first being a defining introductory EP which was self-titled and gained the band a good bit of attention, and the newest being Vistalite. Currently, though the band is not huge, Plastic Picnic is up and coming in the alternative/indie scene. The band has 150,000 monthly listeners on spotify, songs featured on hit TV shows Homeland and Shameless, and they have done shows in a large portion of the Northeastcoast. Plastic Picnic has only released two EP’s, and a handful of singles so far, however, their music has become well defined stylistically under their releases. The band takes a spin on the popular 80’s synth-pop, and singer Emile Panerio’s floating, dreamy yet booming vocals create a unique sound set that gives Plastic Picnic their identity. The music is relaxed, and slow (in comparison to most 80’s synth-pop) which gives the band a unique comforting feel and creates a very natural flow to their songs.

Vistalite is a short EP consisting of just six songs, the album lights a spotlight on singer Emile Panerio’s reflective and introspective songwriting. The songs touch on sensitive and solemn topics including love, relationships, mental health, addiction, pain, and healing. The songs are beautiful, and the messages they present feel sad yet uplifting. The work is beautifully consistent. Vistalite is laid back and feels like a conversation in a quiet and comfortable room, one that hits all the topics we need to get after. The songs feel timeless, and relaxing, without being boring, I promise you’ll find yourself listening over and over to understand the unique singing voice of Panerio due to his beautiful and interesting lyricism. For me, the gem, or the must-listen song is “Juno Loves You.” The song is centralized around a floaty arpeggiating synth which seems to lay the music down in descension as though you’re falling down into nothing; (like a scene from Jordan Peele’s “Get Out”). The band does a beautiful job to make this piece an emotional ride capped off with a memorable chorus style guitar riff that carries the song and the EP to a satisfying resolution.

Other notable songs on the EP include “After You” and “September Second.” The latter of the two, “September Second” is the most upbeat song off the project. The song is fun, and the happy dancey beat and music contradict the lead vocalist’s slightly more melancholy lyrics “You will always get the best of me, even if you can’t see it.” It gives off retro vibes with a happy almost game-like synth melody that is guaranteed to get stuck in your head, it is the perfect background song for a retro ’80s themed movie.  The song “After You” is also perfect for your retro movie credits, if I were to be selecting music for a show along the lines of “Stranger Things” this album would be the first on my list; Vistalite gives off the feelings of emotion usually found in music for movies, it is a true work of art. It is clear Plastic Picnic has found a niche, and I find myself excited to see where the band will be in a few years, however for me as a fan this second EP is a no brainer.