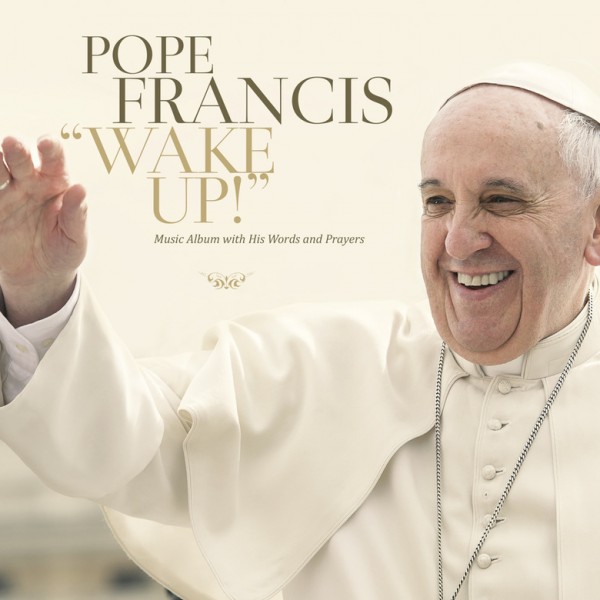 With my ample amount of time in various airports traveling to and from Thanksgiving Break, I thought it was time to find something new, something inspiring. To my surprise, Pope Francis’s album Wake Up! was the perfect fit. Before I continue on, let me just say that this guy can rock. This album has trumpeting horns surrounding you and electric guitars luring you deeper with each passing track. To make it even better, the use of various languages like Italian, English, Spanish and Portuguese not only makes this a family-fueled album, but also an educational one.

This album features excerpts from the Pope’s most influential speeches and, with each style of hymn, there is a similar uplifting music soundtrack paired with it. Pope Francis’s overall goal of treating every person with love is very inspirational and resonates well with this album. Although one may not be able to understand the various languages used, his voice and manner of speaking has the ability to move a nation.

To select a favorite from the album, it would have to be “Wake Up! Go! Go! Forward!” This song begins with a rock intro, which can give off a slight AC/DC vibe and then picks up to carry an Explosions in the Sky feel. With a title such as above, one can bet that it’ll bring along a strong motivational message and, let me tell you, it does. If the speeches from Kid President and those motivational cat posters had a motivational album, this would probably be it.

So, wake up! It’s time to put on your best suit and listen to this album.

I’m majoring in Natural Resources and Environmental Science and minoring in Chemistry. When I am not exploring the great outdoors, you can find me watching The Office while eating an obscene amount of Thai food. If you have any music questions, I’m definitely not the right person to ask.

View all posts by Julia Antonson →