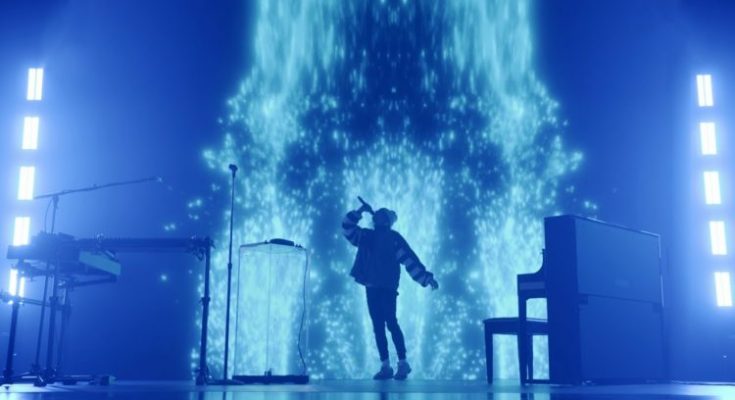 September 28th, 2019 was the last time I saw live music. That was almost two whole years ago. The current landscape of “virtual pandemic live shows” never really intrigued me. I caught a couple of Jeff Rosenstock’s Instagram live performances last April, but other than that, I was apathetic towards quarantine concerts. To me, it just feels like watching a video, which is essentially what it is. I saw that there were some Minecraft concerts too, but the lack of integration between the stream and the game just made it seem pointless. However, when I heard about Porter Robinson’s Secret Sky festival, it piqued my interest.

The way they set it up was something I had never seen before. Porter Robinson had a team of developers working with people at Oculus to create a virtual fantasy world themed around his new album and overall aesthetic, which you could run in a browser. You could walk around, go to different worlds, talk to people using voice chat, look at the stream on a big virtual screen, and even do all of this in virtual reality. I tuned in throughout the day, and although I’m not a big EDM fan, I enjoyed Serph and Wave Racer’s sets, which I spent talking to people from Portugal to the Japan about video games and music. I truly felt a connection to everyone there, something I hadn’t felt in a long time.

Obviously, the headline performance was Porter himself, who went on at the end of the night and played both old material and songs from his brand-new album Nurture (of which I am a huge fan). From what I could tell, all the vocals during the set were done live, which was both unexpected and cool to see. Highlights from the show include his performance of “Goodbye to a World”, “Musician”, and “Something Comforting”.

I watched his set from last year’s Secret Sky on YouTube, and they really upped the budget for this year. The floor and wall behind him were both screens that displayed intricate designs and animations throughout the show, accompanied by an in-game light show and fireworks. It was a truly beautiful experience, and what I believe to be the peak of virtual performances. The only thing that could have enhanced this further for me would have been a VR headset.

The show ended with a performance of “Look at the Sky”, accompanied by a video announcement for the return of his in-person festival, Second Sky, which is scheduled to happen in the bay area in the fall. I had never considered flying out for a music festival before, but school permitting, I might just have to go to this one.

You can watch a recording of the set here: