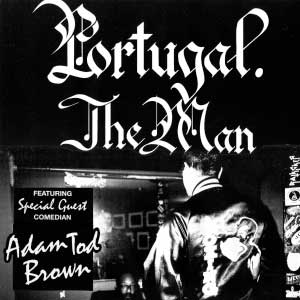 Portugal. The Man will be performing at the Canopy Club November 11 as part of the WPGU concert series. Formed in Alaska, the band started their tour at the end of October and thus far has been playing songs from their entire catalog, including their first album, Waiter: “You Vultures.” With 7 full-length albums and one acoustic album, the soulful alternative punk trio will surely have the crowd on their toes and grooving through the show. To add to the uniqueness and excitement of the show, the band has comedian Adam Tom Brown opening up. For an unforgettably enjoyable night, buy tickets here. Doors open at 9:00 pm.