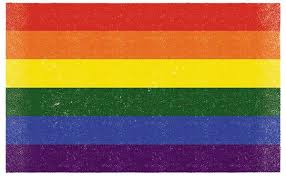 As National Pride Month draws to a close, rainbow flags make their gradual retreat from
flagpoles and Google doodles until next year’s celebration. However, this absence should not remove the importance of LBGT visibility from the public mind. For those working in media, maintaining this visibility holds particular importance, and music is no exception. Of course, it would be absurd to argue an artist’s sexuality as a reason for (or against) listening to their work.

There is no straight or LGBT musician who can be defined solely by their sexual identity. Notwithstanding, this is not to say that such themes should be absent from artistic work or discussion. Throughout the current and previous decades, there have been numerous LBGT artists whose works intentionally acknowledged and discussed sexuality. This article aims to provide a sampling of such artists and songs for the unaware listener.

Indigo Girls’ “Closer to Fine” (1989)
Both members of this Atlanta-based folk-rock duo came out as lesbians (albeit with no romantic involvement with one another) in 1988, shortly before the release of their debut album. At a time when the United States provided little or no support to LBGT citizens, such a coming-out would have been considered a jeopardizing career move. As such, members Amy Ray and Emily Saliers’ willingness to share their sexuality with audiences and later on, openly advocate for LBGT rights deserves the duo a place in LGBT history. This song, “Closer to Fine” appears on the aforementioned album, “Indigo Girls” and discusses the sensation of being confused but still pushing for answers.

Culture Club’s “Karma Chameleon” (1983)
Singer-songwriter Boy George starred in multiple music videos for MTV following the channel’s debut in the early eighties. Although Boy George did not officially come out as gay until a 2006 interview, his earlier works remain influenced by sexuality. He describes the song “Karma Chameleon” as “about the terrible feeling of alienation that people have” and that “if you aren’t true, if you don’t act like you feel, then you get Karma-justice.” For young people closeted in the 1980s, Culture Club’s “Karma Chameleon” must have sounded both prophecy and promise.

David Bowie’s “Rebel Rebel” (1974)
In 2016, the New York Times released an article entitled “Was He Gay, Bisexual or Bowie? Yes” to comment on the musician’s fluid gender and sexual presentation throughout his life and musical career. Indeed, an aspect of Bowie’s prevailing popularity comes from his willingness to explore and embrace ambiguity where other individuals might take comfort in more concrete labels. His 1974 track “Rebel Rebel” follows a character whom Bowie describes as “not sure if you’re a boy or a girl” as an early testament to gender ambiguity.

Sleater-Kinney’s “One More Hour” (1997)
The break-up song “One More Hour” uniquely includes a duet from both members of the failed relationship, singer Corin Tucker and guitarist Carrie Brownstein. Emotional and poignant, “One More Hour” is one of many tracks on the album “Dig Me Out” which center on sapphic relationships–and for fans of punk rock, the work is doubly worth the listen. Both “One More Hour” and “Dig Me Out” draw strength from adherence to emotional honesty, a theme which rightfully dominates Pride month.

Hayley Kiyoko’s “Girls Like Girls” (2015)
While other songs on this list deal with individual life experiences, Hayley Kiyoko’s “Girls Like Girls” singularly focuses on female same-sex attraction. The poppy single sets the tone for LGBT visibility today: bold, joyful and wonderfully unapologetic. And it also boasts the advantage of a beautifully cinematic music video. Indeed, Kiyoko’s lesbian identity features in a majority of her music. (The tracks “Feelings” and “Sleepover” come to mind.)