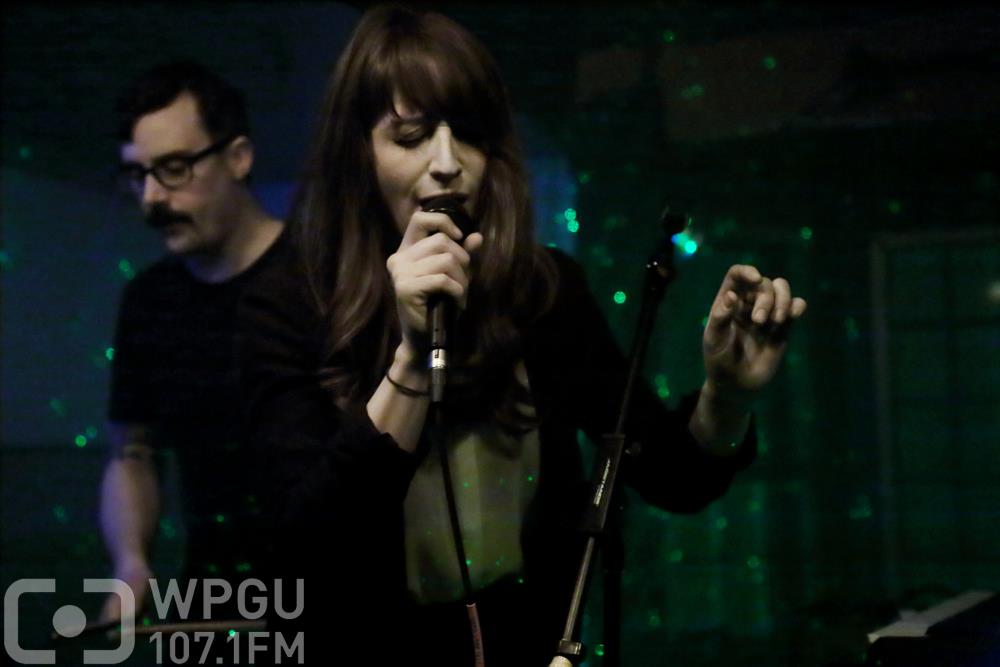 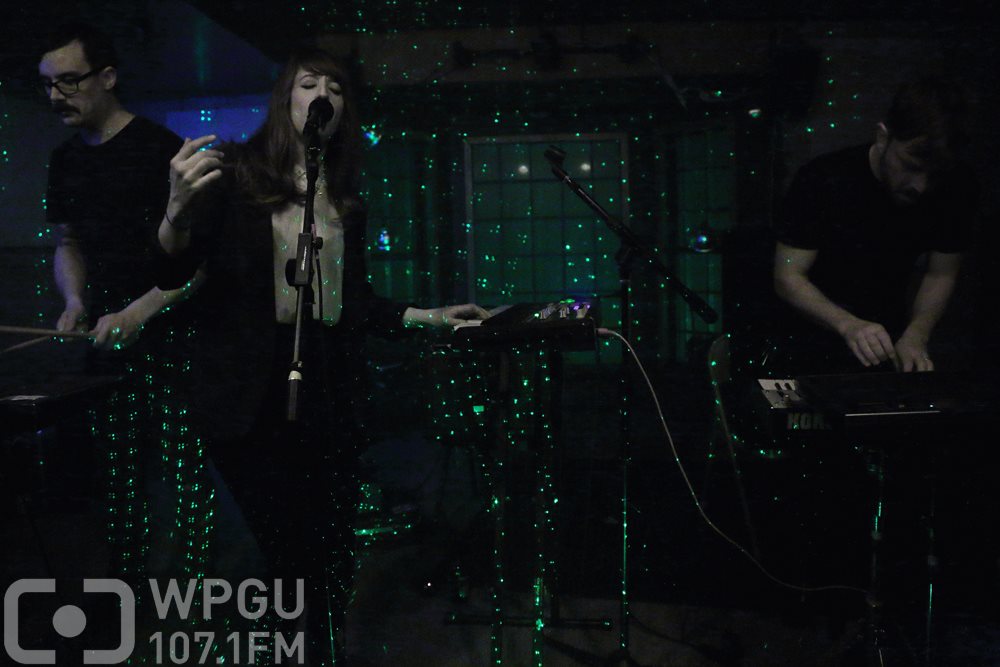 After a charming in studio interview with the band I was really looking forward to seeing them in action. I didn’t know what to expect from a band that is only made up of Erin Fein on vocals and Synth and Brett Sanderson and Jonny Sommer on electronic drum pads.  That said, they completely blew me out of the water.

They started by turning the lights down, setting up their fog machines and turning on their laser display. It made the second floor of Mike and Molly’s seem like you were at a house show in a friend’s basement. Immediately into their first song they had the whole crowd moving. The band just had a way of taking a beat and permeating your entire being. Fein was wonderful in the middle of Sanderson and Sommer. What I forgot to mention about the instrumentation earlier, is her heavy use of a loop machine. She was able to just fill the room while dancing at the same time. Pair this with the super expressive drumming of Sommer and Sanderson and you have a show.

The sound was great. It was ethereal and electronic. They managed to take psychedelic electronic sound and make it modern. It was a jam. Fein’s vocals complimented the sound perfectly. She was able to sing the mellow notes just right, and blow your top off with the high notes.  The band was able to make something I’d never experienced before: chill dance music.

The only downside to the show was that it was quite short. When the band said they were done after about 25 minutes, I thought it was a joke at first. The crowd was able to get them back to play one more song as an encore, but overall the band couldn’t have been playing for much more than 30-35 minutes. Besides that, the show, overall, was incredible. I look forward to seeing what this band brings in the future.