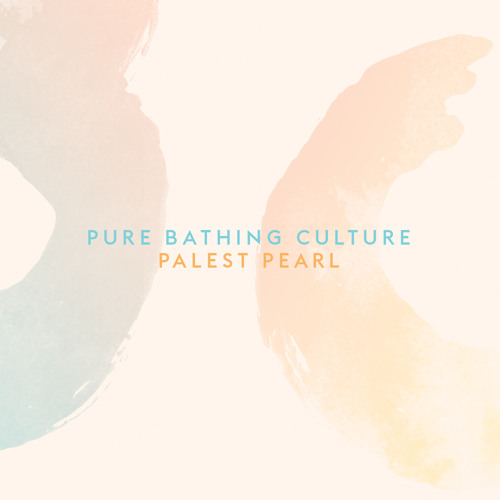 The title track of Pray for Rain by Pure Bathing Culture has been gracing the radio frequencies for a few months now. The single is punchy and the unique sounds are constantly moving and progressing. The exemplarily catchy song is a perfect representation of the album in this sense; the whole thing moves and shifts within the songs. Different platforms of sounds, vocals and instrumentation swing about, in and out of songs with an oft-pulsating rhythm.

“Darling, Save Us” is painted with falsetto vocals and loopy guitars, while maintaining percussion with a children’s-music-box quality, especially through the intro. While the song climbs with volume and style, there is a consistent lullaby element ensnared in the singing, with the lyrics even resembling something akin to darkly youthful songs such as “Ring Around the Rosie.”

Catchy, poppy and exuberant, “She Shakes” opens up with a solid half minute void of vocals, but instead relying on prime strumming and simple percussion. The lilts and simple, repetitive flounces — with a, dare I say, near country twang — are entirely captivating. There are slight changes in the ditty throughout the verses, but for the most part, it maintains its easy integrity, motivating the fluid vocals and lifting them into positivity.

The entire album has synthetic, easily replicable beats – especially in the percussion, and the vocals almost seem like an accent. In “She Shakes” and “The Tower,” the instruments are so provocative and charming that the lyrics become an afterthought — which isn’t helped by the high pitch, making it float above the other elements of the song. It all works together and becomes more cohesive elements after a few listens, but at certain junctions they don’t meld as well or as instantly, even though these elements are still amazing to focus on individually.

The style is consistently ’80s, while also invoking easy acoustics or even brief brass spots. The opening song, “The Tower,” and the closing song “In The Night, In The Peaceful Night,” sound like what a smooth, sultry jazz song would sound like without the brass or reed instruments. No matter the song, it has talents and stylings added onto the undercurrent of ’70s and ’80s pop that make each song unique, but also make the entire album totally connected and cohesive.

Check out “Pray For Rain”: