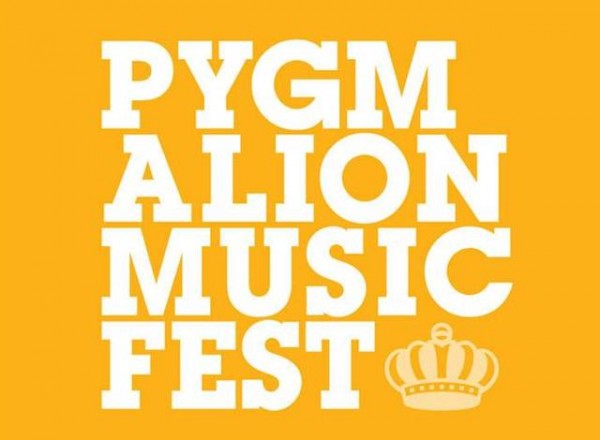 That time of the year is upon us: the initial artists of the Pygmalion line-up have been announced. And while there are still slots to fill, both big and small, everyone is starting to get damn excited.

Whether you’re insanely pumped about the line-up or are unsure how you feel, you came to the right place. Here’s the first mix-tape in a series of WPGU 107.1 Pygmalion Mix-tapes. These highlights are sure to get you excited for that beautiful, musical weekend in late September.

Hopefully everyone is already familiar with this hit. “Two Weeks” was the single that generated all of the buzz for Grizzly Bear’s 2009 album Veckatimest. There are rumors of a new album in the works from the Brooklyn-based indie group. They headed down to Texas last year to start writing songs and getting inspiration, and hopefully we’ll get a sneak peak of some new material at Pygmalion.

Honestly, I was pretty surprised to see these guys on the line-up at first. My immediate thought was, “But what decade are we in again?” As an avid fan of older music (… I do host Flashback Cafe for those of you who don’t know …), I was intrigued but also just a bit confused. Listening to their hit single, “Feel the Pain,” you can’t avoid getting excited at the chance to see these guys live. Plus, these guys toured with Nirvana way back one. +15 cool points!

3) Cloud Nothings — No Future/No Past

This group of lo-fi, indie, kinda garage-punk (really-just-a-little-bit-of-everything) dudes just released their sophomore album in January. Attack on Memory marked a bit of a transition for the group. Prior to this, Cloud Nothings had more of a power-pop sound; now they’re ready to show off a darker and heavier side of themselves. Pitchfork even bestowed a “New Best Album” designation to these guys, so it’s definitely worth checkin them out before they get swept up into the big, bad world of music and media.

Polyvinyl Record Company alert! Polyvinyl Record Company alert! Owen is the solo project of singer-songwriter Mike Kinsella. He was absolutely amazing at the Pygmalion Polyvinyl Anniversary show last year, and is sure to please the crowd again. Owen’s music is bone-chillingly beautiful. Really you just have to hear this guy. “O, Evelyn …,” featured in a music session in this video, is off his most recent album Ghost Town, which was released in November 2011.

Oh my dakljfg;sdlgja;lsd. This song! This music! Here’s the true beauty of Pygmalion … I hadn’t ever even heard of these guys. They’re seriously amazing. This song is going to be stuck in my head until I see these guys live. These guys are the epitome of shoe gaze music. Whether you prefer The Smiths or The Radio Dept., you’re bound to adore this group.

These Texas-natives are really excited to be coming to the U of I campus, and we’re equally excited to have them! Fans of Radiohead are sure to dig their tunes. I think I might be their new number one fan after watching this video. I mean like, wow. These guys are. Wow.

7) Elsinore — Life Inside An Elephant

Elsinore released Life Inside An Elephant right before traversing the country and leaving a lasting impression on all of the east coast. Now these guys are back in their native Illinois and ready to rock out with some familiar faces in familiar places. Make sure you support these guys. Sometimes you can even find a Ryan Groff (lead singer) in his natural setting at Target or the Food Co-Op.

Santah is currently up in Chicago, making a name for themselves in the big city and playing with the likes of The Hush Sound. They certainly won’t forget about their C-U roots though, and are sure to play some local faves off of White Noise Bed. The last time I saw them, they gave the crowd a taste of some of their new material … maybe it’ll be time for a full entree now.

P.s. check out more about our amazing local/Illinois-based music scene here. Quite a few of the local bands that are going to be featured at Pygmalion can be found in this article. 🙂