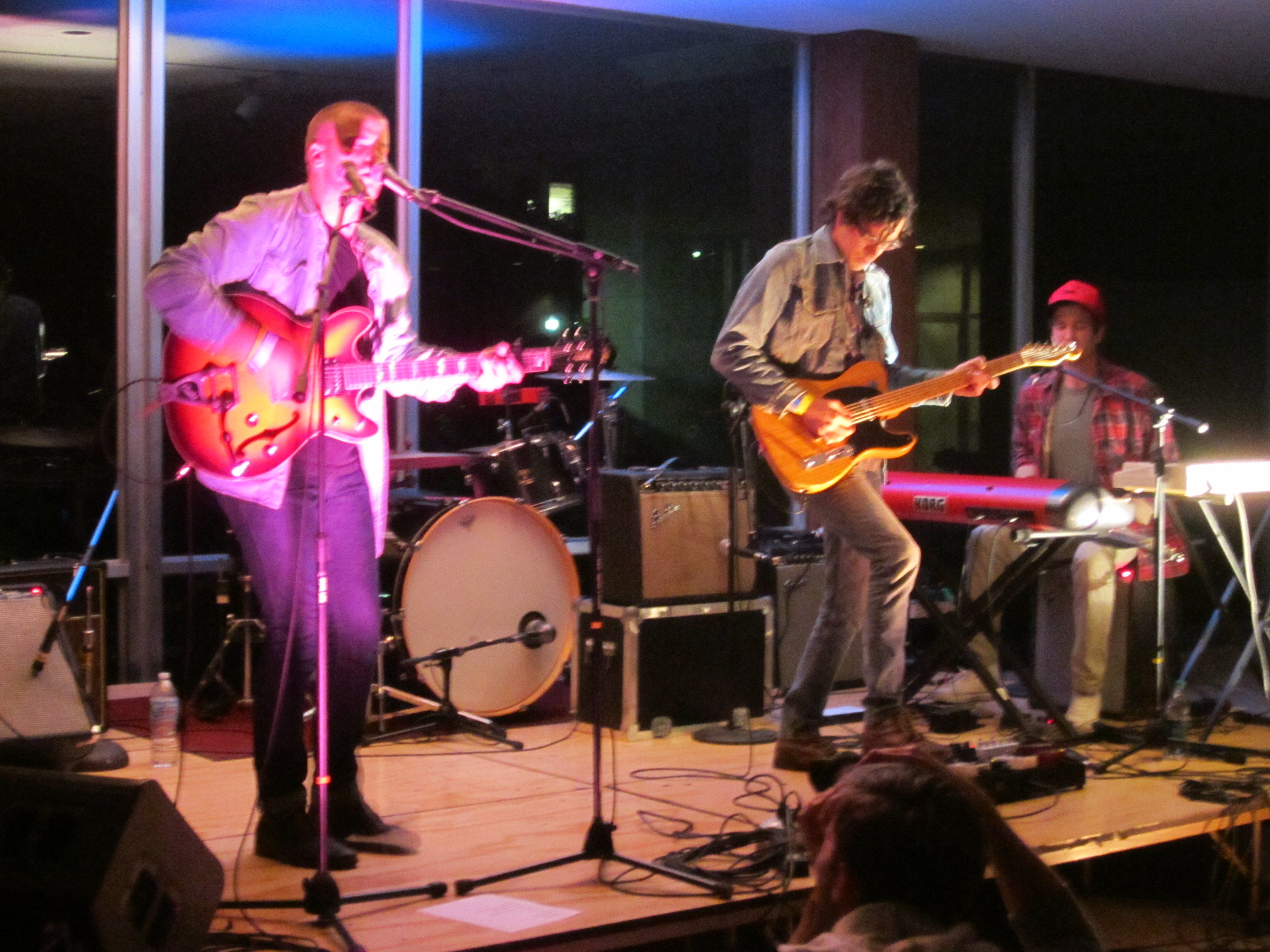 Pygmalion Music Festival kicked off Thursday night with some great acts.  WPGU 107.1 reviewers give you the scoop so you can enjoy the night too. 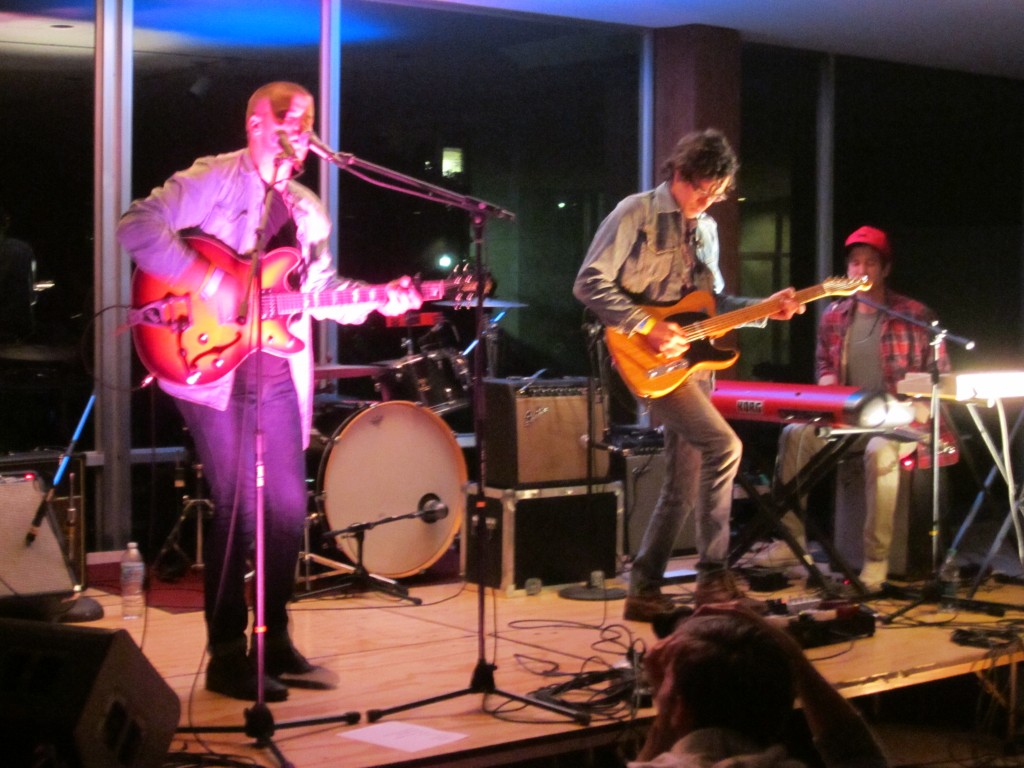 Local act The Dirty Feathers pulled out all the stops last night at Pygmalion Music Festival. The boys’ usual entertaining antics, blue lights on Ted Faust’s keys and American flags galore, were accompanied by a dancin’ duo who literally exuded sex from their very pores. When the opening keys to “Midnight Snakes” came on, everyone in the crowd swayed to the sultry tune (and many, including myself, couldn’t help but bang an invisible cowbell in tune with Harman Jordan). Did I mention that the crowd would, at least every now and then, stare up at (the now onstage) dancing couple in open-mouthed wonder? Andrew Kling’s vocals blew me away, especially on “If You’re Love is a Drug (Then I’m Feeling Sick)” where the band was accompanied by guest sax player Dave Cohen. And yes, he was wearing an American flag as a cape. Rock ‘n roll at its finest.

I don’t think you can find anything that defines “dreamy” better than Psychic Twin. Though approaching the stage three members strong, headed by Erin Fein, their stage presence was enveloping. The shoegazey trio had me in a blissful trance and when “I Want to Forget” began I snapped out of it long enough to get a good dance in. After the August release of their video for “The Deepest Part” I wanted nothing more then those psychedelic lights (check out video here) accompanying them at a live show. Fans were not disappointed when that light show happened, showering the band and the crowd in green lights that only added to the whimsical feel of the set. Even if electronic is not your style you HAVE to listen to a tune by these guys, you’ll fall under their spell too.

A packed Canopy welcomed Champaign-Urbana superstars Hum to round out the first night of shows in an epic manner. The guys never missed a beat and I’ve never seen a crowd so adoring. When the festival found it was losing one of its key headliners it was going to be an uphill battle in filling the now vacant spot closing out the first night. But with careful thought and an ever-local eye, Seth Fein not only filled the spot but reminded the Pygmalion crowd why the festival has its roots in C-U. BECAUSE IT’S THE BEST PLACE, ever. Hum surpassed anything that Sleigh Bells could have done, and they did it organically. Matt Talbott slayed the crowd with his seasoned vocals and the guys couldn’t have looked more epic, bathed in fog and light. 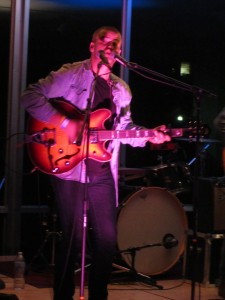 Night Beds began their set at Krannert Art Museum with Winston Yellen grabbing a microphone in a loud room and singing a cappella.  In moments, the room was silent and the only noise beside his beautiful, lightly distorted with feedback vocals was his foot vigorously tapping the floor to keep time.  After a minute that felt timeless, he turned away from the microphone and the instruments filled the narrow room with the ethereal sounds of merged dream pop and Americana.

Early into the set Winston commented that his bandmates that night were mostly new, and the crowd cheered for Santah’s drummer, Steve Plock, who was keeping time for Night Beds.  Winston was constantly engaging the crowd with comments and jokes between songs, which formed nice breaks between emotionally driven songs.

A highlight was “Even If We Try” off of their new 7” single from Dead Oceans.  Night Beds uses a cappella moments extremely well, and the eerie charm of Winston’s voice enchanted a crowd to total silence.  Their closing track was the most upbeat, with the strongest guitar playing and showed the band’s nice range. 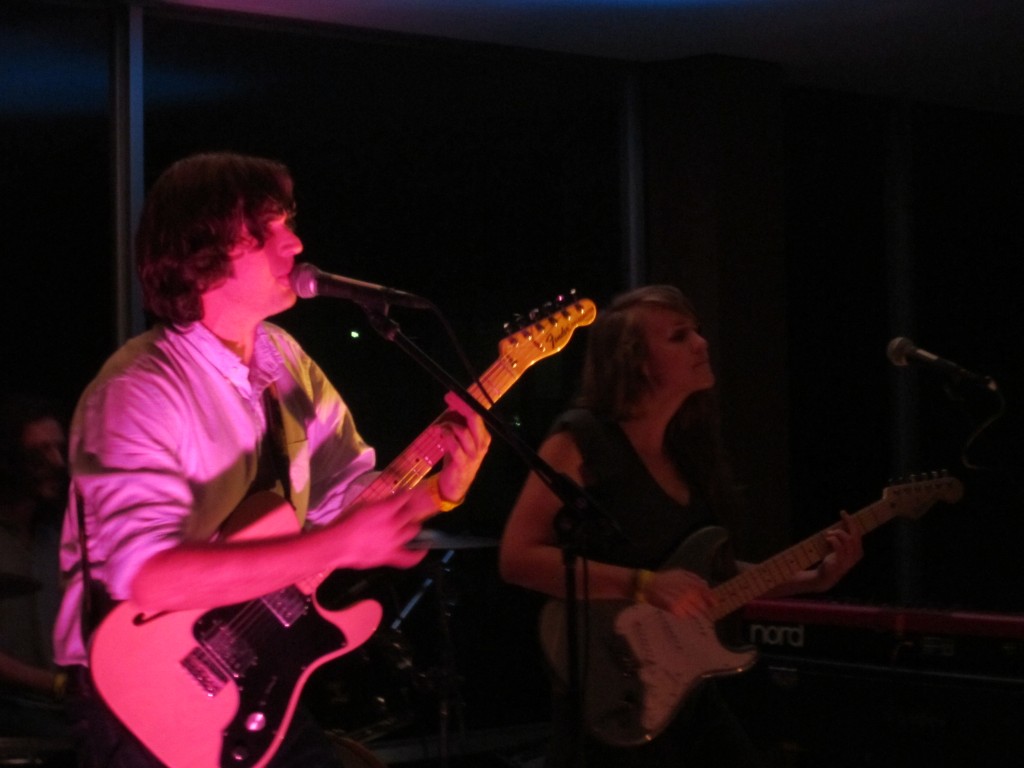 Santah is a local favorite of WPGU 107.1, and nights like this remind us why.  Santah was bursting with joy and excitement to perform.  Every song was executed with a clear emotion from every performer that translated to great energy and response from the crowd.  People from front to back of the audience were clearly jamming to Santah.

A number of the tracks were from upcoming release You’re Still a Lover, yet many of the audience already knew the words to these upbeat tracks.  “Springfield,” the track for which the new EP is named, and “North Coast” were highlights.  Santah have a real sense of when to let their vocal dynamism lead a track and when to let the bass and keyboard give volume to a song.

Santah’s breed of alternative rock is guitar heavy and focuses on the great voices of brother/sister Stanton and Vivian McConnell.  Formed in Champaign, they will be touring around the country for the near future, and the audience definitely gave them the love that they deserve.  The crowd responded with rousing cheers when Vivian complimented Pygmalion Music Festival and the other bands that had played that night.