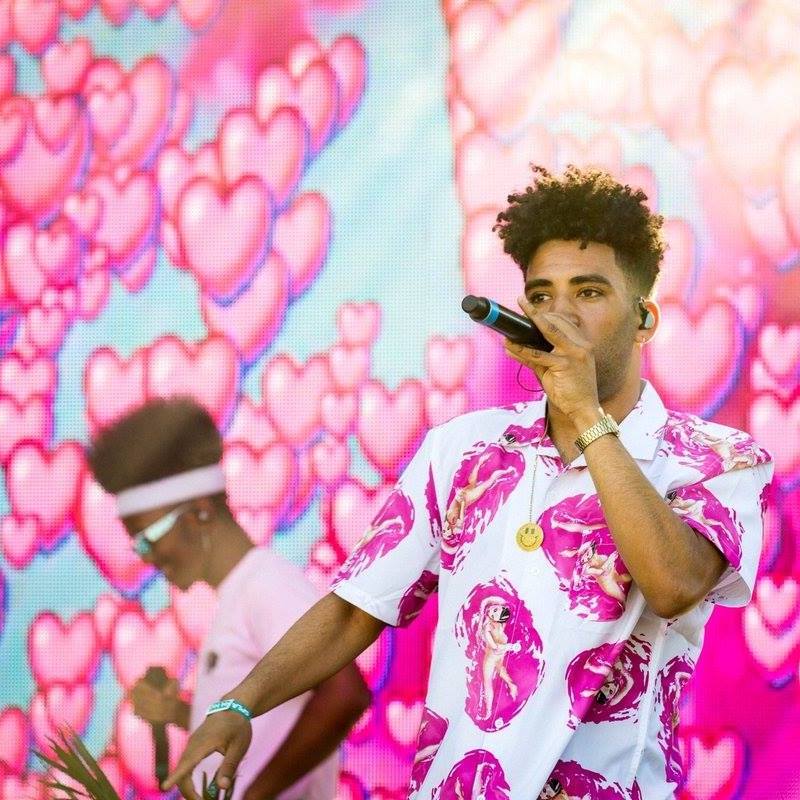 Before this Saturday, all I knew of Kyle were his most popular songs and wouldn’t have considered myself a fan of his work. By no means did I think he was a bad rapper, his sound just wasn’t for me from what I knew of him. However, after seeing him live this past Saturday at the Pygmalion Main Stage, I learned that I’ve been experiencing his music the wrong way.

Kyle’s DJ came out on stage first and started pumping up the crowd through his music selection and dialogue, and once the crowd was appropriately amped, Kyle took the stage. Kyle seemed at home on the stage, and took every opportunity to joke around and build a relationship with his audience, which helped for those who didn’t know him. Clearly, a lot of time had gone into planning his set, and organizing it in such a way that the songs flowed with Kyle’s dialogue with the audience. When Kyle would ask the audience how they felt, or engage in banter with his DJ, it always flowed into the next song he performed, and indirectly got the crowd to participate in each song as well, by completing his sentences on the hook, or adding ad-libs when he signaled the crowd to do so.

This interactive aspect seemed so interconnected with his music that I have to imagine he planned them to be played live in this way. But even beyond the music, Kyle kept a constant dialogue with his fans, especially one named John who Kyle repeatedly checked in with throughout his set. Kyle’s DJ was another highlight of this performance, often joining Kyle on stage to bust out choreographed dance moves and playful banter. At multiple points during Kyle’s set, he crossed over to the fence separating performer and audience, and leaned over to get as close to the audience as possible, all while continuing to perform. All of Kyle’s performed songs were largely identical to how they were recorded, with his DJ playing the instrumentals in the background. The improvisation came from Kyle’s banter between songs.

Near the end of his set, Kyle brought the volume down a bit to address the audience about an artist who greatly influenced his career, and who inspired him to be an artist. But rather than reveal who the artist was, Kyle transitioned into a cover of Kid Cudi’s Pursuit of Happiness, which brought the house down in a wonderful tribute to Cudi. By the end his set, I finally understood Kyle’s music and its purpose. Kyle’s music was made to be performed, and they only have their full effect when you see them live. I have a newfound respect for him as an artist, and I’m looking forward to where he takes his music career in the future.