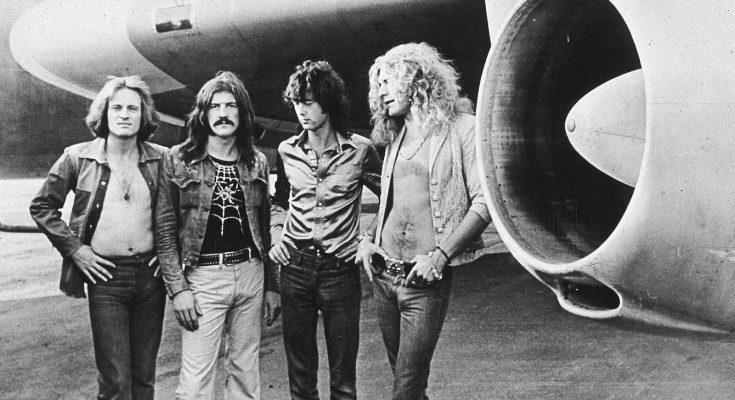 November 8, 2021 marks 50 years since the release of Led Zeppelin IV. This album is one of the best selling albums in the United States and some critics have regarded it one of the greatest albums of all time. It was recorded over two months in the now historic Headley Grange in Headley, Hampshire, England. After the relative failure of Led Zeppelin’s prior album, guitarist and producer Jimmy Page decided to take a different approach to the lyrical and musical style of their work. The setting in which the band wrote and produced the album was much more laid back, making it a much more creative and authentic space to create music. This proved to pay off, due to the critical and commercial success of the album to this day.

The album is composed of seven original songs and one cover- a hard rock version of Memphis Minnie’s “When The Levee Breaks”. The album is somewhat eclectic, pulling from many different styles and genres and featuring multiple other artists throughout. In my opinion, this is a no-skip album due to its versatility, fascinating history, and all around display of the level of talent that each member of Led Zeppelin has. However, below is my personal ranking of Led Zeppelin IV, arguably one of my favorite albums of all time.

“Four Sticks” is perhaps the least well-known song on Led Zeppelin IV and according to Page, the most difficult to record. Drummer John Bonham does, in fact, use four drumsticks for the duration of the song, hence the title. It heavily features Bonham, as well as some synth work that is uncommon in Led Zeppelin’s discography. However, because of its many moving parts and general difficulty to play, “Four Sticks” was only performed live once, making it somewhat more difficult to grow in popularity than other songs.

7.The Battle of Evermore

“The Battle of Evermore ” is one of the most laid back songs on Led Zeppelin IV, but where it lacks in general intensity it makes up for in creativity. The song heavily features the mandolin and tells the story of the Scottish Independence Wars of the 13th and 14th centuries. It is the only song to feature a female voice in Led Zeppelin’s entire discography, with Sandy Denny accompanying Page on vocals. Page acts as the narrator of the war while Denny represents the town crier. Their vocals create extremely interesting contrast and even dissonance at some points in the song. This combined with the mandolin work make it a very unique listen, despite it being one of the less well known songs on the album.

“Going To California” is another laid back, acoustic tune. It is heavily inspired by the work of Joni Mitchell, whom I am personally a fan of. This is the reason I placed this song above “The Battle of Evermore ”, although the prior is arguably more creative. “Going To California ” is a classic Led Zeppelin love song and represents some of the most beautiful lyric work in their discography. This song is also the only folk-rock tune on the album, displaying the versatility and the creativity that is Led Zeppelin IV itself.

“Misty Mountain Hop” is a fun, bouncy rock tune inspired by the 1968 rally for legalizing marijuana. I particularly enjoy the political message of this song, as Plant longs for a society with more individual freedom and less punishment. Much of rock music at the time of Led Zeppelin IV’s release carried political connotations as a response to the counterculture movement of the 1960s. “Misty Mountain Hop” combines politics with fantasy, with a groovy electric piano riff. The instrumental work is simple but highly controlled and urgent, giving the song an extremely satisfying intensity.

4. When the Levee Breaks

This hard rock take on Memphis Minnie’s 1929 blues hit remains one of Led Zeppelin’s most iconic pieces of work. This tune also represents some of the best work of Bonham, who drives the song forward with his impressive drum work. The tune is passionate, hot-blooded, and hypnotic, taking elements from its original blues composition and modifying them into a blues-rock hybrid.

In my mind, “Rock and Roll” is the epitome of a feel-good rock song. There is no doubt in my mind that this was one of the most crowd-pleasing songs during Led Zeppelin’s touring days. It is fast, dynamic, and somewhat unpredictable. This tune shows the rawness of Led Zeppelin’s work, as mistimed notes, vocal cracks, and other small human “errors” made the final cut. These elements are all part of the experience of the listener and create the feel that you are watching them perform live with an exuberant crowd around you every time you hear the song.

This exciting call and response tune is arguably one of the most instantly recognizable Led Zeppelin tunes of all time. It is somewhat modeled after Fleetwood Mac’s “Oh Well” with the acapella vocal line and heavy instrumental response. It is another example of an intense but invigorating classic rock song that pleased crowds for decades. “Black Dog” is a song that I love to start my day with, as it fills me with energy and gets me enthusiastic for the day ahead.

There was no way I wasn’t going to put “Stairway To Heaven” first. It is quite literally one of the most iconic songs of all time, ranking #3 of VH1’s list greatest rock songs and placing #31 on Rolling Stone’s 500 greatest songs of all time. I’m not saying that these titles influenced my personal ranking of the song, but it goes to show that the song is pretty influential. I feel as though there’s nothing I can say about “Stairway To Heaven” that hasn’t already been said. Even 50 years later, it remains one of the most highly regarded and influential songs in the history of rock and roll, and it can never be replaced or replicated. 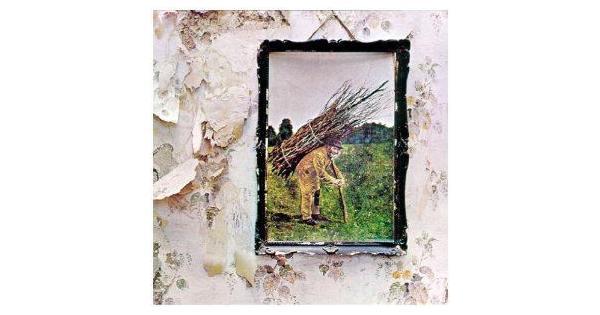