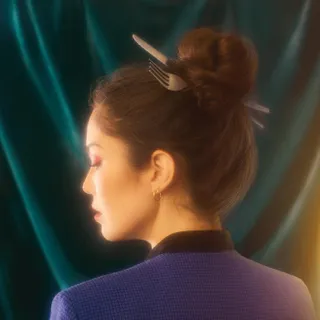 It is sometimes the heavy work for a band to live up to its name and doubly so when the project is a self-titled release. Where does this name come from, what feelings does it evoke, what questions does it ask, and what does the project that bears its name hope to embody for a band itself? Really From, a four-piece band out of Boston, finally and confidently are able to ask and begin answering questions core to the group on their self-titled third release.

The band’s name comes from the question often asked of people born of mixed race, which comprise most of the band’s members, “Where are you really from?” The band’s lyrics and sounds both seem to provide a rebuttal to the bluntness of that, a fusion of different singers, jazz inspiration, math rock guitar riffs, and even the touches of ska and ambient work at the edges of some tracks. For the group, where they come from, how they grew up, it is not a simple answer to be given as much as an influence on their lives and what they create as well as finding where they are now. The bookends of the album focus on aspects of home in this way. The first track “Apartment Song” mainly being instrumental, almost improvisational jazz, as the few lyrics it does have talk about furnishing a new apartment. The final track, “The House,” talks of the home that they were born in and the rifts pulled apart by their parents and heritage but that still being the ghost of what they want in a home. Asking where you are really from assuages nuance, glancing over details and sometimes not focusing on the more impactful parts of a person. There is a difficult median found at the halfway track, “I Live Here Now,” in what both these aspects mean to the singer and the sound is a collision of what comes before and what will come after.

The wait to make their third album the self-titled one is one that shows a band who now finds confidence in their sound and are able to complete the promises that they make. Verse, their sophomore album, carries some of the ideas but Really From carries this forward with better polish. Singles for the album, “Quirk” and “Try Lingual,” carry energy and infection to go back to while the album’s crux can be found on other tracks like “I’m From Here.” On a nine-track album, it is impressive that so much of the tracklist comprise the backbone of this project, one not being able to be taken out without lessening the full message of what was intended. Really From is a band centering itself and finding a shine and makes me excited to see the band’s next steps.