Maybe this wasn’t a major moment in music history or an amazing album being released, but for me, this Remember Whensday is even more special and meaningful. Last Halloween, I had the pleasure of seeing my favorite artist in concert for the second time, and it was one of the best nights of my life.

Hopefully, you’ll all stand with me when I say that one of the best parts of concerts is the openers — especially when you don’t know who they are. The pleasant surprise of discovering a band while they’re in their element is entirely rewarding and exhilarating. Hunter Hunted’s stage presence — and amazing Power Rangers costumes — made them instantly memorable. They still don’t have the attention they deserve, even a year later, but songs like “Keep Together” and “Operating” lead me to hope it’s coming soon.

And then Andrew McMahon came on stage donning an astronaut costume. Throughout his set, he spewed jokes and even accredited his success partially to One Tree Hill. Watching him perform was like having a conversation with him, and his live talent and zeal far surpasses the excellence already prevalent in his albums. 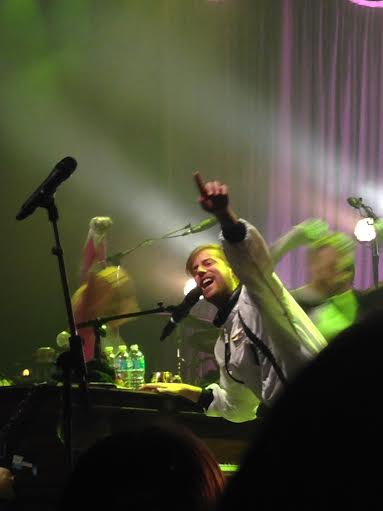 At the very end of the show, he brought out Hunter Hunted (costumes and all) for an energetic performance of “La La Lie,” complete with an absolutely wild harmonica solo — if you can imagine what that’s like. The energy and participation was incomparable and unlike anything I’ve ever felt as a concert. The entire venue was just connected.

So maybe you weren’t there and don’t Remember this Whensday, but it’s worth a gander to check out Hunter Hunted and Andrew McMahon in the Wilderness. It’s even more worth it to see a concert on Halloween, especially when the performer sends out a tweet beforehand saying “costumes expected.”

Check out a live version of “La La Lie”: