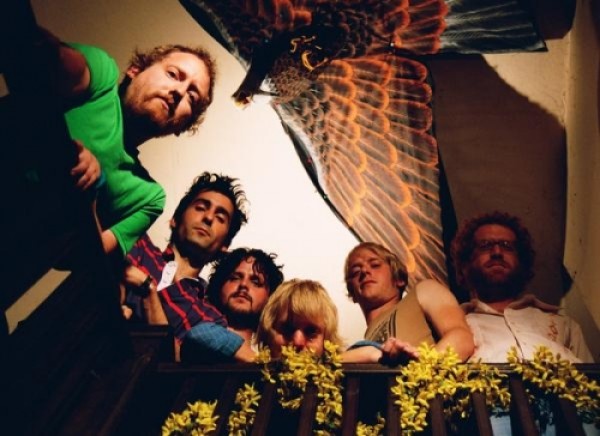 At The Highdive, Psychic Twin opened this evening with their psychatronic (did I just make that up or is that a real word?) and upbeat tunes, setting the mood for a lovely, lighthearted evening filled with great (and questionable) dance moves and even greater indie music. The trio, consisting of Erin Fein, Brett Sanderson and Jonny Sommer, shared some serious Illinois lovin’, as they drove all the way from New York for this show alone! Their awesome echoey vocals won over the the crowd, and everyone was singing along to their dreamy tunes. I am pretty sure that the drive from NYC was absolutely worth it for these guys and the rest of us. Members of BlitzenTrapper were even seen enjoying the Psychic Twin set just before theirs.

Blitzen Trapper began their set with several tracks from their most popular, album Furr. Frontman Eric Earley played keys, harmonica and guitar–sometimes all in the same song. These boys definitely pleased their audience, performing a balanced mix of newer tunes and classic favorite. Plus, they have an awesome folky sound and beautiful harmonies that they combine throughout the set with a harder, more electric rock tone. The variety in their set was really exciting and kept me on my toes. One audience member continually shrieked “Black River Killer!“ And, thankfully, the band graciously obliged. Hit 2008 single “Furr” was much-awaited and the crowd really went wild; this was definitely a major highlight of the evening. Last, but certainly not least, their banter between songs was pretty damn cute, mostly leaving Earley chuckling as he went from song to song.

Overall, the night was a perfect mix of folk/rock/psychedelic/joyous/marvelous, and of course, it was a blast. Psychic Twin’s next show is November 11 at the Empty Bottle in Chicago. Blitzen Trapper will continue their tour of the US, until they reach home in Portland on the same day. 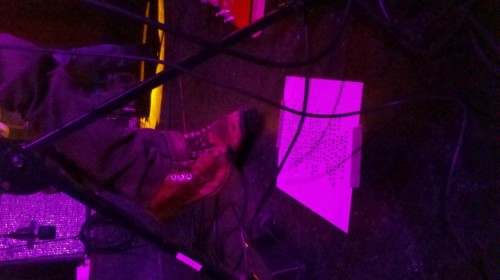