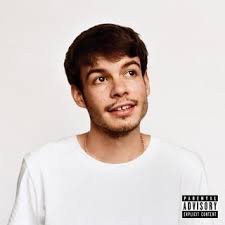 This past Thursday, Alex O’Connor dropped his most recent album Pony as Rex Orange County. I have been anxiously awaiting new music from the artist since Apricot Princess and his work on Flower Boy with Tyler the Creator.  O’Connor is well-known for his distinct vocal quality and personally, which is what drew me to Rex Orange County in the first place.

Pony deals with relatively simple themes like falling in love and growing older. With these basic themes, sometimes come cliché lyrics, his lyrics can invoke both nostalgia, as well as a cringe here and there.

I was pretty underwhelmed with the first track, “10/10,” which was one of the first singles released from this album.  O’Connor heavily uses synth on this track, making the sound a little trivial and childish. I do not see this as a 10/10 track on Pony.

Songs like “Always” remind me why I fell in love with Rex Orange County in the first place. The intro gives off that dream-pop sound that Summer Salt also exudes. “Always” highlights O’Connor’s range beautifully and this song is a personal favorite on the album. “Laser Lights” follows, with some clever lyrics that make me chuckle. This song highlights that awkward small talk that everyone encounters when he sings “And if I saw you in public, I would pretend to tie my shoelace/ Just so we avoid the, ‘What’s up-up-up?’”

The middle of Pony lags until “Never Had The Balls” because of its upbeat style and blunt title. This track is probably the most fun on the record and makes me want to get up and dance.

“Pluto Projector” and “Every Way” use elements like strings and delicate piano to create the atmosphere for two sweet and simple love songs. My heart swoons a little bit when he sings “I think about you in every single way/ you’re more familiar to me more and more each day.” This is a case where his cheesy lyrics are still very capable of tapping into my emotions.

The album ends on a hopeful note with “It’s Not The Same Anymore.” Throughout the entire album, O’Connor highlights romantic relationships, going through changes, and overall, questioning the future. The track ends with the lyrics “It’s not the same anymore/ it’s better,” which leaves the listeners more hopeful than previous lyrics on the track, which highlight changes that may be harder to endure. The Rex Orange County album does a good job of ending with a very broad theme that can appeal to everyone and leave listeners questioning and reflecting on their own circumstances.

I would not say that Pony by Rex Orange County is anything special. I think listeners will be able to find a few songs that they really enjoy, but I do not plan on having another full-album Friday with this piece. If you were looking to get into Rex Orange County, I would maybe start with Apricot Princess before getting your hands on his newest record, Pony.