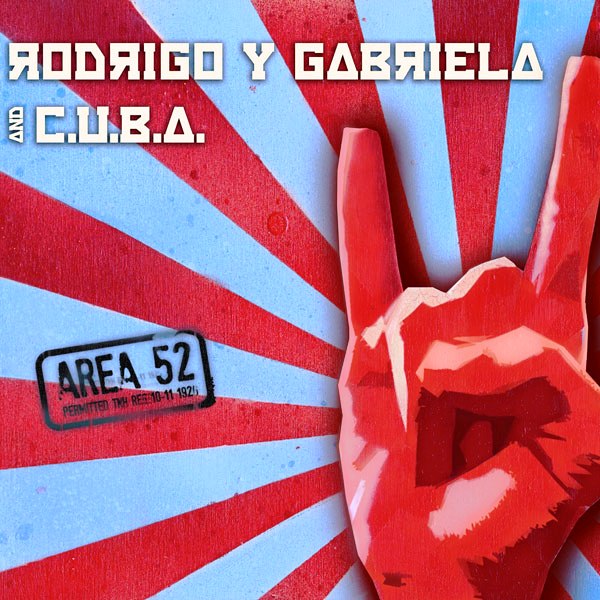 With Area 52, Rodrigo y Gabriela has invited C.U.B.A., a 13 piece band, to record over some of their previous hits. While having an entire orchestra join in over your singles may seem like a desperate attempt to put your name back on the map, Rodrigo y Gabriela is pushing into a sound with faster rhythms and Cuban-influenced beats. Although most may enjoy the salsa-dancing club feel of this new sound, this album’s sound felt a bit convoluted.

“11:11” seems to be the only track which takes a step back and allows for an easy listening vibe. It also happens to be the least modified song on the album. Other songs, such as “Hanuman”, just seem overly populated with unwarranted noise that gives off a poor man’s Santana vibe.

There is something truly beautiful about a guitar duo, and Rodrigo y Gabriela gave us a truly complex and intricate sound that captivates the soul. There is no doubt that this is by far Rodrigo y Gabriela’s largest production project. However, bigger doesn’t necessarily always mean better, and the band’s original sound becomes easily lost in the middle of C.U.B.A.’s added touch. The focus is taken away from the original melodic sounds. Despite this fact, this album allows for something that the band has never done before and allows fans to enjoy their beloved guitar duo, as long as they don’t mind new sound.