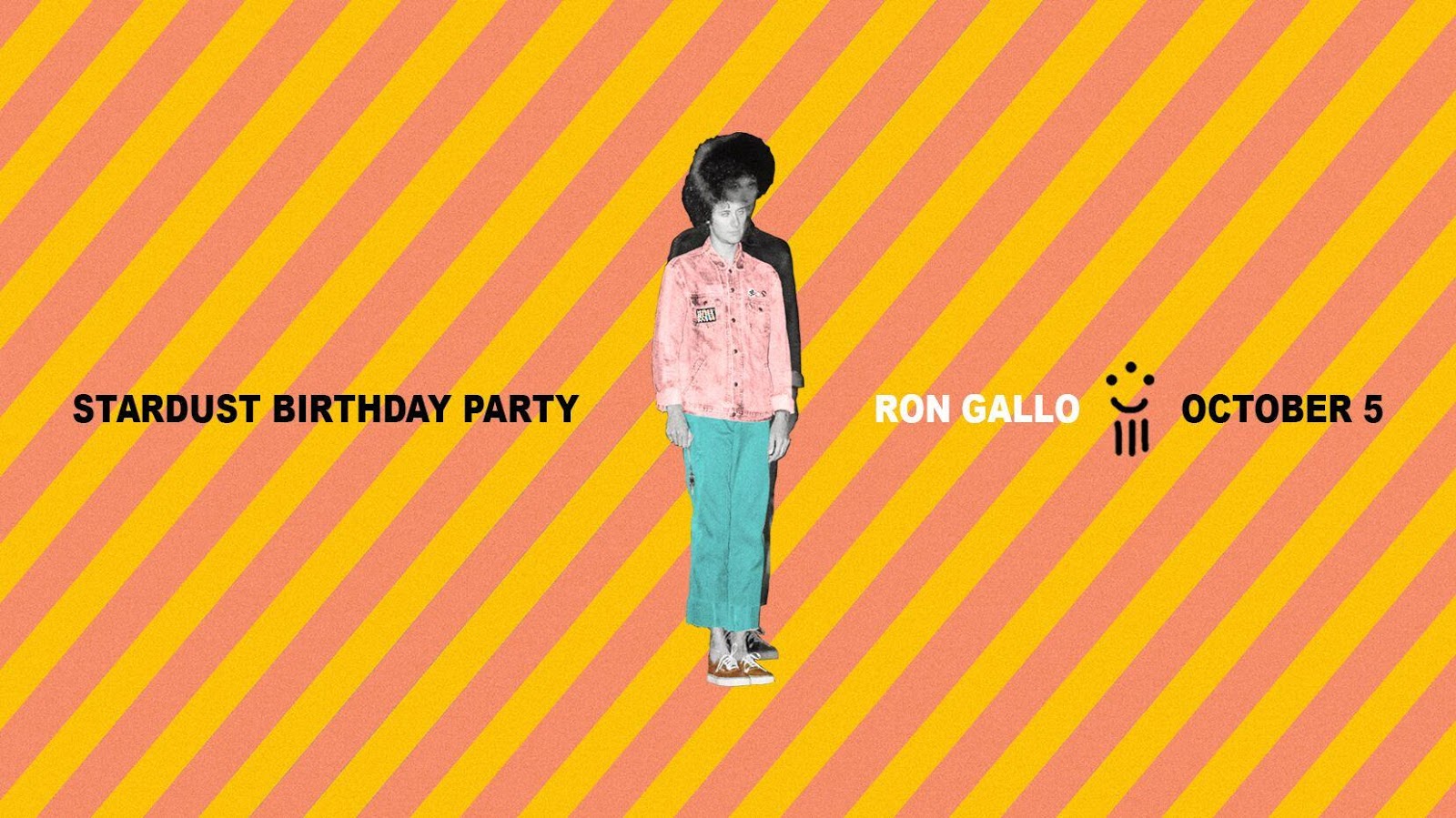 Ron Gallo is from Philadelphia, Pennsylvania and started his solo career in 2014. Joined with drummer, Dylan Sevey, and bassist, Joe Bissirri, the group plays garage punk and what has been described as art rock. On October 5, 2018, Ron Gallo released his newest album, “Stardust Birthday Party.”

The album begins with a cosmic sounding intro entitled “Where are you? Point to it!” The song is less than a minute of talking over a space-sounding melody. I feel like I am walking on the moon when I hear the intro.

Contrasting the celestial sound, “Always Elsewhere” starts off the album with a dark sounding guitar riff and heavy drum beat. The chorus proclaims, “No time to feel what’s real, Talking, talking, never listening, always elsewhere searching searching.” The fast-paced tempo of the song combined with these lyrics create a sense of urgency. The chorus of the song relates to how many people in today’s world are living their lives: looking for the next opportunity and missing the experience right in front of them.

“’You’ Are The Problem” is a track that stands out on this album. Up until this point, the sound is very hard, loud and intense. This song slows things down and provides some thought-provoking lyrics. Ron Gallo sings “If you wanna kill someone over differences that you’ve decided, why don’t you sleep on it. If you wake up feeling the same way, just do it to yourself instead.” This line can definitely stir up controversy, but the point being made is many people would like to point blame onto others. Instead, we have to look inside ourselves because sometimes “You are the problem.”

The track “OM” comes in halfway through the album, providing a similar feeling as the intro to the album. The sound of Ron Gallo meditating is the back track to the song, in addition to a siren and other chaotic sounds. A voice chimes in, similar to the sound of a voicemail, from Ron Gallo’s mind. The voice says, “You can never stop me…but you can sort of change your relationship with me and not believe everything I say.” Much of this album seems to be tackling internal struggles; Ron Gallo is reminding others that you do not have to let negative thoughts control you and your actions.

The album closes with the song “Happy Deathday,” which is very fitting for the close of the album. This song has a slower tempo, with a lo-fi sound. It speaks of losing your innocence as you grow older.

“Stardust Birthday Party” is a very cohesive album that tells a story. Ron Gallo tackles themes like defining identity, mental health and learning valuable life lessons. The sounds on this album alternate between garage rock and dream-like sequences, with vocals resembling that of the Talking Heads. I would highly recommend laying on the floor and listening to “Stardust Birthday Party” on your next full album Friday.