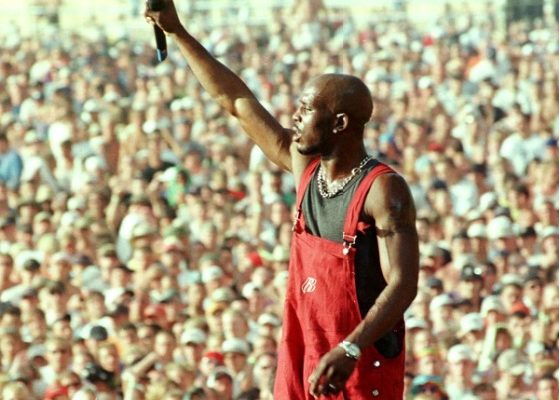 Each year within the field of hip-hop, one artist rises above the rest in terms of streams, record sales and concert revenue. Every now and again, the rapper who emerges in such a fashion is a fresh face who dominates the rap scene with wildly popular, chart-topping debut material. Even more seldom does such a newly established household name capitalize even further on their early success, seemingly leaving their prior accomplishments in the dust. Once in a generation, a new hip-hop artist comes around who changes the game forever.

DMX was all of the above.

Born Earl Simmons just outside of Yonkers in New York City, DMX inarguably had one of the most storied careers in the history of the rap genre before tragically passing away of a drug overdose at the age of 50 a few short weeks ago. Simmons had struggled with drug addiction since the age of 14, ever since a role model of his early childhood pressured him into puffing a joint of marijuana that, unbeknownst to Simmons, was laced with crack-cocaine. This incident in Simmons’ teenage years launched him on a nearly forty-year struggle with addiction that eventually took his life.

However, even in the face of crippling addiction, DMX showed immense resolve and had the most successful debut year of all time. In 1998, Simmons became the first living solo artist to ever have two albums debut at No. 1 atop the Billboard Top 200 — and both were his first two projects he ever released. The record-shattering debut year DMX pulled off is widely regarded as one of the most successful years the historic DefJam Recordings has experienced to date, even with 23 years having passed and the label being home to other hip-hop legends such as Kanye West, Nas, Rihanna, Pusha T, Fabolous, and LL Cool J among others.

Not only was Simmons’ debut success astonishing by the sheer number of record sales he garnered, but it was doubly impressive considering the type of music he was making. In an era dominated by braggadocios “bling rap,” with rap moguls such as Jay Z and P. Diddy placing heavy emphasis on the glorious splendor they declared to be synonymous with success within the rap game, DMX decided to pave a completely new path that would change hip-hop for generations.

The releases of Flesh Of My Flesh, Blood Of My Blood and It’s Dark And Hell Is Hot in 1998 saw DMX boldly place animated violence at the forefront of his art, completely contrary to the most popular hip-hop releases that were dominating the airwaves at the time. The brazen confidence Simmons had to do this was unrivaled, with his reasoning being to more accurately reflect the circumstances many inner-city folks are subject to — circumstances that sometimes produce well known hip-hop icons, as they did with X.

In a 1998 interview with MTV, Simmons explained, “My rhymes come from my life [and] what I see. Not just my life, but everyone’s life around me.” He continues to elaborate upon the importance of being able to not only hear, but also vicariously experience every side of a crime through his lyrics. On the topic, he elucidated, “That’ll be two different meanings, two different interpretations of the same thing. Which is mandatory — essential, rather. It’s an expression of one’s situation and you’ve got to show more than one side of that situation.”

The stark contrast Simmons’ music provided with his vivid descriptions of crime, murder and gangbanging struck a chord within the American public and is the primary reason for the staggering achievements he earned throughout his career. Simmons’ success wasn’t only confined to himself, however — the popularization of graphic violence in mainstream music that DMX was able to spearhead laid the foundation for forthcoming wildly popular sub-genres of hip-hop. Most resemblant of Simmons’ style is drill music, the bombastically dark rap genre Chief Keef invented that presently dominates the rap scenes of Chicago, New York City and the United Kingdom alike.

In addition to being a game-changing rap artist, unprecedentedly successful and an inspiration to millions of kids in the Bronx, X was also a man of faith. Christianity was a focal point of Simmons’ music, often appearing within the context of raw self-reflection that saw him struggle with his inner demons that have plagued him since his traumatic childhood — a childhood in which he experienced his father abandoning him, his mother turning him over to a children’s home and crack addiction.

Perhaps the boldest display of his faith came in the closing track off of Flesh Of My Flesh, Blood Of My Blood. Titled “Ready To Meet Him,” the song DMX picked to close out his viscerally graphic debut album — one that has him drenched in blood on the cover art — opens with a heartfelt prayer and sees Simmons ask God how to cope with the world around him and the “evil” desires in his head. The track even includes a sequence of bars where God asks repeatedly DMX, “What have you learned?” and X uses this opportunity to acknowledge the importance of forgiveness, nonviolence, treating others with respect and relying on the Lord to shoulder problems that Simmons couldn’t handle alone. DMX even spent the later years of his life preaching sermons as a transitional deacon in the Christian Church.

Among dozens of other things Earl Simmons embodied, perhaps most important was his status as a symbol of hope. DMX battled through a parentless childhood, a lifelong crack addiction that began at age 14, teenage years committing crimes under gang influence and multiple prison stints — and he came out on the other side a passionate, faithful, louder-than-life hip-hop icon whose music and life story inspired millions. Rest in peace to “The Dog,” “Dark Man,” “Ruff Ryder” and resilient soul who was Earl Simmons. May his art and legacy continue to inspire generations to come just as it did with generations past.