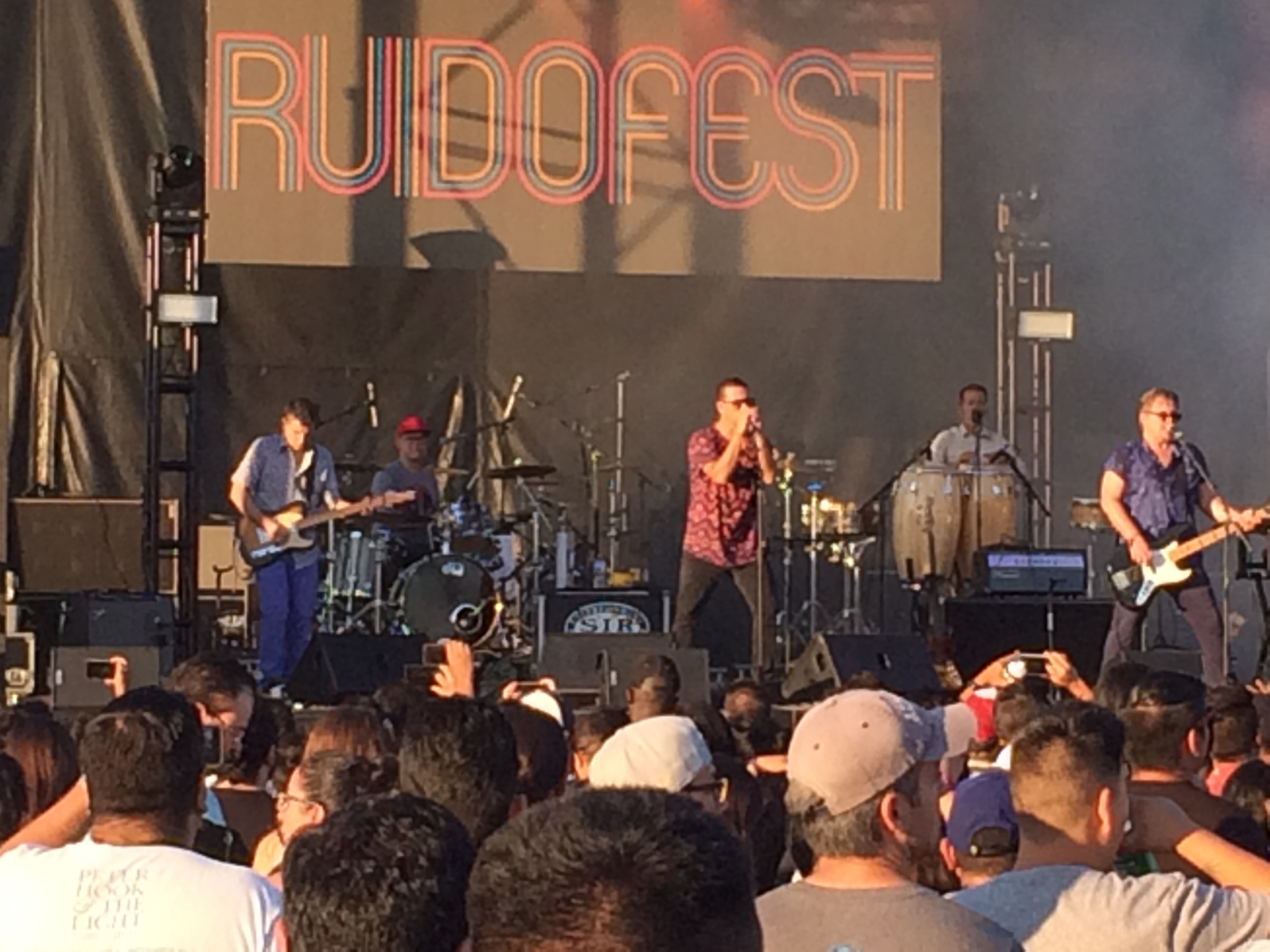 CHICAGO — Ruido Fest took on its 3rd annual weekend of Latin Alternative music at Addams/Medill Park in Pilsen from July 7 to July 9. From Banda to Punk, Ruido Fest shook Chicago’s lower west side with a spectrum of sounds from Latin America; celebrating culture through food, crafts, art and lucha libre wrestling. In a time where rhetoric toward the Latinx community has been faltered, Ruido Fest provided a space where the Latinx community thrived off sound and sentiment for the love of music. With over 40 performers, Ruido brought some of the best top-dog headliners, as well as some hidden gems.

Bomba Estéreo – From Bogotá, Colombia, Bomba got the crowd moving with their electric cumbia beats, bringing in a mix of two distant worlds that only make sense when combined by them. Confident energy surfed through the crowd when Bomba bumped their feel-good hit, “Soy Yo”, making all of us feel like the fearless little girl from Brooklyn in a raw music video.

Cultura Profética – The Puerto Rican reggae band brought a little piece of Puerto Rican beach to Chicago with their smooth and soulful instrumentation and lyricism. A calm act among  hardcore bands, Cultura was a sweet break that got the crowd to sway and satisfied souls and serving as a breather to end the day.

Molotov – As rough and tough as the city that they come from, Molotov represents the struggles, rebellion and grit of Mexico City. Giving out a big “fuck you” to Mexico’s president, Enrique Peña Nieto, Molotov burned our lungs with “Puto”, inciting a deadly-ass mosh pit that made you just as angry at the government as them.

Julieta Venegas – In spanish, “cursi” means cheesy, and Julieta made you feel all kinds of cheeses. With her sweet vocals and cute lyrics, the crowd danced and cried to her older hits that made us remember our 2004 selves and ideas of fairytale endings. With sounds from the accordion and falling night, Julieta’s set was a bubble bath of innocence and fuzzy feels.

A Band of Bitches – The name of this band is everything, coming from Monterrey, Mexico. This band of bitches got the crowd rockin’ to the trumpet and shaking to mambo-esque beats. Though they only have one EP out so far, the band has gained popularity within the fusion rock scene in Mexico.

Silverio – There is no better way to learn raunchy slang than to be within the crowd during a Silverio set. Hailing from Puerto Rico, this red-speedo wearing icon doesn’t look or act like he’s 68. His beats got the crowd movin’ and groovin’, all while getting beer and highly explicit words thrown at him and he threw them back. The ultimate hype-man, he is definitely someone you would want a pep talk from, ending his set by removing his speedo and displaying his old boy for the whole crowd to see.

Wet Baes – I was walking past the Silver Stage when I heard the duo and their synths attracted me. The two-man band made the crowd feel like an 80s prom party, with a chill vibe you just feel like curling up and jamming to. The two looked like that one Thrasher Tee-wearing dude from high school, and they made you feel the same way too.

Fobia – Another 80s-sounding band from Mexico City, Fobia was the dance party your parents might have gone to. The crowd bobbed their heads and grooved to their rhythmic beats that eased into the night before the last two sets.

Mon Laferte – The night got bluesy and grungy with Chilean singer, Mon Laferte, bringing out a little bit of our tumblr-indie selves with her emotionally powerful voice and heart-hitting lyrics. The set was perfect to grab your friends by the hand, sway and soak in Mon’s feels.\