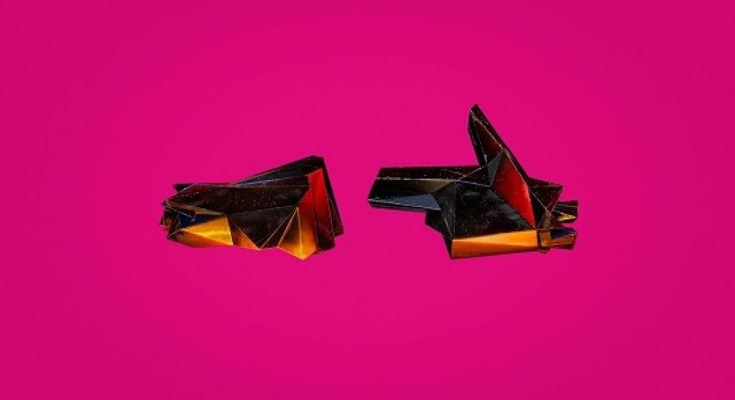 When the weight of the world grows to be a bit too much, music is always a fantastic method of escape. Listening to a favorite song or artist can give anyone momentary refuge from the noise of their problems, the world, or anything else that is troubling them. However, music is arguably even more powerful when it is used not as a tool to provide sanctuary, but rather as a tool to further stress the importance of a relevant and pressing issue. Rap veterans Killer Mike and El-P, who together comprise Run The Jewels, have given us just that with the no-holds-barred, politically charged and unapologetically bold RTJ4.

The duo’s fourth album could not have come at a better time. In a period of unprecedented tension between the American public and the police, RTJ4 spares no time beating around the bush that is the problem of systemic inequality and police brutality in the United States. Run The Jewels begin their first album in four years with “yankee and the brave (ep.4),” a song that boasts hectic and abrasive drums accompanied by confidently delivered bars from both Killer Mike and El-P, a foreshadowing of how outstanding their performances are throughout the rest of the album. Mike delivers harrowing verses on instances where police brutality has led to children dying and suicide, while El-P posits similarly disdainful commentary on how the economy is structured to benefit the rich while others are perpetually thrown into cycles of poverty.

Following the album’s strong start is “ooh la la” which sports both a catchy hook and piano refrain that drive the beat forward alongside slowly booming bass. The earworm of a track again sees both rappers express their contempt for the current tumult of the United States, with lyrics that proclaim their intent to disrupt the system and usher in chaos as a catalyst for change both on racial and economic fronts. The following track is easily the punchiest tune of the album, as the beat touts forceful yet melodic bass knocks that pave the way for Killer Mike to spit two obliviously impressive, “stank face-inducing” verses — of which the record has plenty. The A-list verses from the tenured rap duo are followed by a stellar feature from fellow Atlanta rapper 2 Chainz, perfectly rounding out one of the album’s superior bangers.

The subsequent two songs carry unique beats, extraordinary flows, and lyrics that range from bragging on the duo’s rapping skill to commentary on how the ongoing struggle for equality currently being fought in America should be treated as the most important war fought in the history of the nation. While the project’s message to this point has already been incredibly powerful, the following — and outright best — track on the album, “walking in the snow,” blows every preceding song out of the water.

Beginning with slow and eerie electric guitar chords reminiscent of the opening track to Radiohead’s OK Computer, the franticly evolving, indescribably frenzied beat combines with El-P’s dauntless verse on oppression to expertly set the stage Killer Mike’s most harrowing and potent verse on the album, and inarguably the most important verse of 2020. The Atlanta native begins his stellar verse by emotionally accusing the American education system of forcing black children into helpless cycles of poverty and crime, perpetuating systemic racism and the public’s subliminal fear of black people. Mike makes sure his verse hits home with heavy bars like, “And every day on the evening news, they feed you fear for free // And you so numb, you watch the cops choke out a man like me // Until my voice goes from a shriek to a whisper, “I can’t breathe.”” Words truly cannot describe the chilling emotions that Killer Mike invokes through his verse on “walking in the snow”— it is a song of paramount relevance that everyone needs to hear right now.

“JU$T” comes next and provides a catchy Pharrell-performed hook accompanied by more solid verses from the duo that compare big corporations’ collective greed and disregard for the welfare of their employees to slavery, accusing politicians for being in bed with too many corporations and therefore being a part of the larger system that perpetuates black poverty. The catchy yet depressing jam is followed by two more uniquely produced and adeptly performed tracks in the shape of “never look back” and “the ground below,” which lead into the two final songs on the album — both of which deliver powerful words on being defiant in the face of racism and police brutality. “pulling the pin” sees Killer Mike spit second-best verse on the album, and “a few words for the firing squad” closes the project with a crescendo of swelling horns and emotional verses from both El-P and Mike that touch on love, pride, pain, racial struggle, and hope for the future.

While RTJ4 is uniquely produced, impeccably written and near-flawlessly performed, not a single one of these traits exhibited by the album is what stands out the most. Upon concluding the fourth full-length release from Run The Jewels, the chilling realization sinks in — this album sounds like it was written a week ago given how relevant its lyrics are to current events, but in reality the duo had finished recording in November of 2019. Right down to the “I can’t breathe” bar Killer Mike delivers — in which he was quoting Eric Garner at the time of recording — RTJ4 is the anthem for the current racial strife and turmoil that has engulfed our country. The fact that the album’s lyrics are so presently relevant after not being altered for the previous seven months illuminates the dismal cycle of systemic inequality and police brutality in the United States and makes this extraordinary standout of a record an absolutely necessary listen.