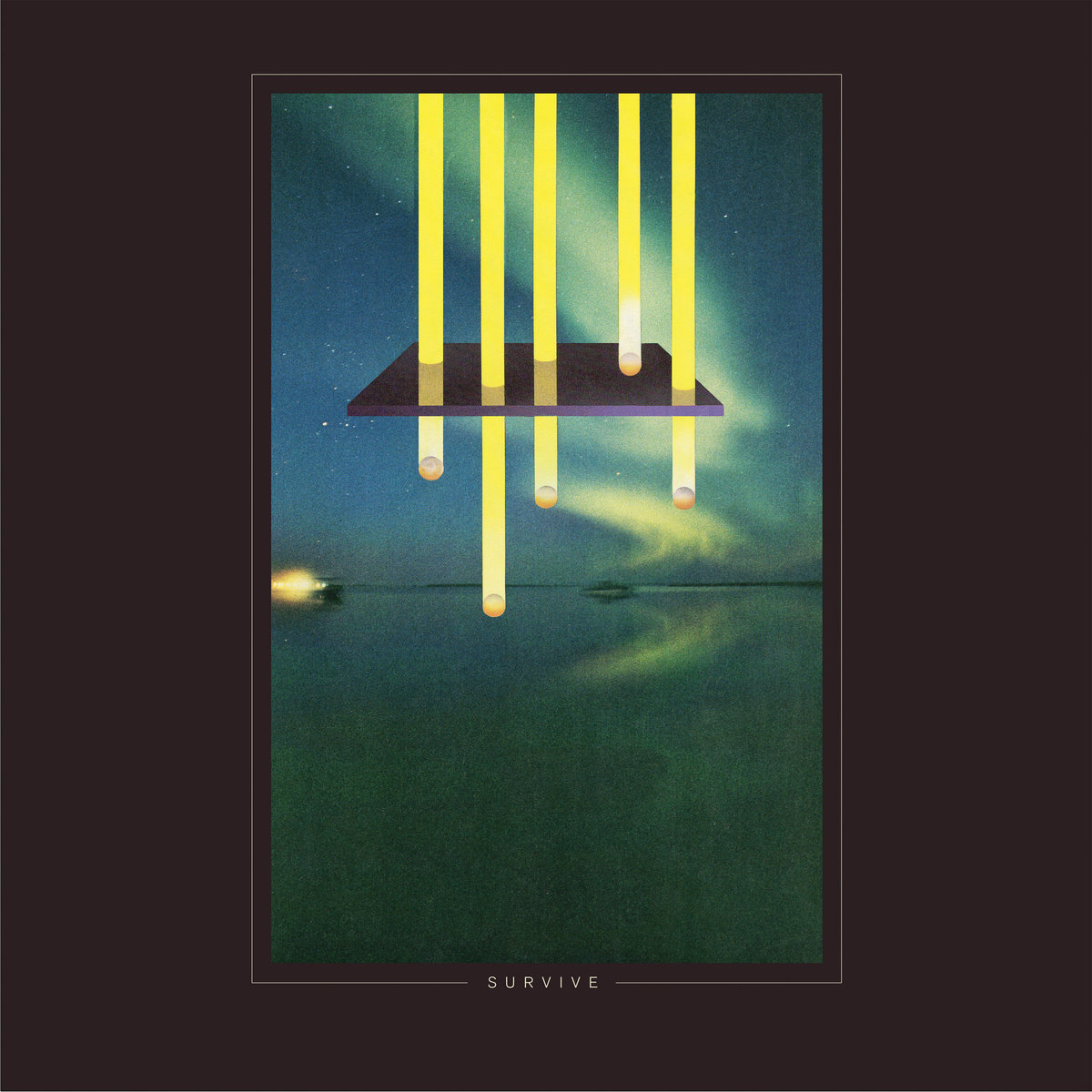 Since watching Netflix sensation Stranger Things for a fifth time through seems like a little bit of overkill, I would be more than pleased to settle with listening to the mastermind band behind the show’s score, S U R V I V E. While I will continue to obsess over the 80s-centric soundtrack, I think it’s time to give this analog synth quartet, S U R V I V E the spotlight they deserve with their new album, RR7349.

After going through S U R V I V E’s previous albums, they all eerily (to go along with their eerie music) had just letters and numbers for their titles. So after some research it appears these titles are just the albums catalogue numbers, they don’t even bother with titles. But as previously mentioned, their sound is 80s-horror film-esque, with the bands four man synths really capturing this feeling. So, a jumble of catalogue numbers for album titles really compliments this atmosphere. I also discovered in my findings on the interweb that they perform almost completely live on their synths and some band members work at a synth shop in Austin, TX. How rad would it be to have a synth shop in your town?

As for the actual album RR7349, S U R V I V E is very versatile in the sounds they are able to achieve with their multitude of synth instruments. While I know of a lot of artists that would only feature this kind of sound in their music, only using these instruments could restrict them. For some it might be a daunting, but S U R V I V E doesn’t see this as a challenge and really takes advantage of all the different sounds you’re able to get with their varying textures and percussions.

All of the songs are instrumental with some containing voice synthesis, or vocoder type effects. To kind of get down to the nuts and bolts of things for you guys, it’s all electronic and it’s pretty dang dark. But that’s only a description of the emotions conveyed, not the actual sound. While some songs like “Low Fog” are minimal and borderline experimental, none of it is cold or bare. Songs like the prereleased single “A.H.B.,” or “High Rise” are very structured and more poppy with their beats and melodies. They reflect a lot of today’s electronic music with a touch of 80s and 90s nostalgia.

If you’re not into real vintage sounds and maybe a little more complicated song structures, this album might not be your cup of tea. When you’re working with these kinds of instruments, some things might begin to get a little redundant for listeners. However, if you do enjoy electronic genres, you should give RR7349 a go.

Also check out our review of Ice Choir.