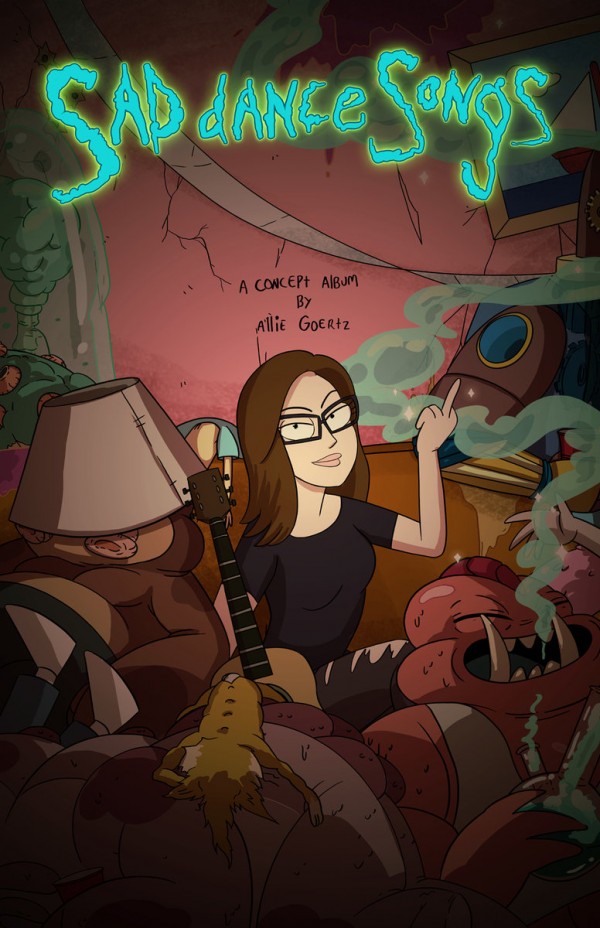 When I read there was a concept album based off of the TV show Rick and Morty, the TV show of the year in my humble opinion, I was skeptical. I’ve played crappy video-games based comic book heroes and seen terrible film adaptations of beloved books. Switching up mediums can be as tricky as translating. You get to see more of what you love in a different light but you end up losing some of the subtle beauties that made the original shine. Thankfully for Rick and Morty fans, we get an album that hits all the right spots. It’s appropriately electronic to reflect the sci-fi genre that Rick and Morty explores. Goertz sings songs from the point of view of the titular characters but also fan-favorite minor characters like Mr. Meseeks and Mr. Poopybutthole. Sweetly sprinkled throughout are well-cut snippets of dialogue from the show itself, á la Queen’s “Flash.”

The songs are catchy enough to deserve the attention of anybody who is an EDM lover, but the album as a whole is beautifully melancholic throughout. That underlying depression is mainly what makes it such a great adaptation of the show. The cartoon is a dark comedy, dealing with heavy themes, most prominently, mankind’s place in the universe. In the grand scheme of the universe, mankind isn’t at all special or significant. Most people react with a deep sadness at this fact, but the character Rick will tell you to get over your ego and enjoy this good news. If you can’t screw up things on the cosmic level, is it that bad to throw a house party or get high off of space cocaine? Goertz gets this fundamental philosophy behind the TV show and perfectly puts in her songs. The first song, “Dance Bitch”, brings up some of nature’s most depressing facts like the fact that “someday we will die” or that “no one belongs anywhere,” but Goertz tells us that instead of crying, we should dance.