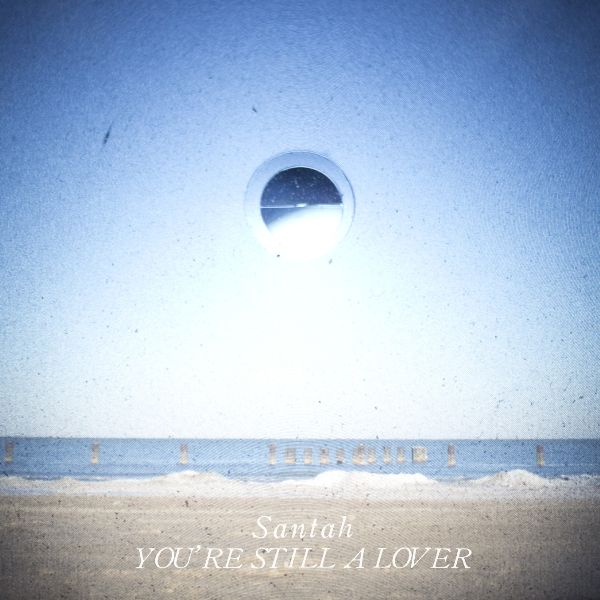 When I first heard this band, it was at the Illini Union this past spring, where they were playing with bands like Elsinore, Grandkids and Kids These Days. The next morning, I bought a lot of music, including this Santah’s debut and previous album, White Noise Bed, and how could I not, this band was just so damn good live. With local and younger bands, you never quite know how their sound will translate to studio albums. White Noise Bed was good though. It was a solid album, with lots of potential.

So when I picked up You’re Still a Lover I was excited. White Noise Bed was good, but this was going to be their step in the proverbial door. I was so satisfied upon listening to realize, I just could be right about that. This is a phenomenal group of songs.

It is obvious to me how much the musicianship of this band has improved since their 2010 release. In White Noise Bed there was good guitar, good drums, good vocals, but in You’re Still a Lover you get to see a good band. Everything just seems to come together to make a more cohesive and awesome sound. There is noticeable improvement in just about every possible way. One of the most welcome improvements is the abundance of Vivian, lead singer Stan McConnell’s sister on the album.

Stan’s voice is very intimate, in a similar way that I’ve always been able to connect to the unrefined voice of Jeff Tweedy. When you layer Vivian’s voice on top of that you get a combination that I don’t think I can describe in words. Vivian’s voice is as uniquely intimate as Stan’s, but in a completely different way. As much as Stan’s voice can be compared to Tweedy’s, I’d venture to say there’s even a stronger comparison of Vivian’s voice to that of Beach House’s Victoria Legrand. When I walked into the Illini Union Ballroom where I first heard her in her band Grandkids, her “dreamy” sounding voice captured me immediately. Together, the McConnell’s voices carry a certain grandeur, but at the same time are charming, intimate and relatable.

The songwriting is also a lot better. Their sound has become fuller. In “Springfield” the band plays with more minor, down beat verses, and major, happy choruses, and not to mention the first time I’ve heard the phrase “cut a rug” since “Shutterbug” by Big Boi. “North Coast” feels a bit slow for me, but I can appreciate the blues-y  feel of the drums and guitar. The rest of the album is up to pace though and just really good.

If I were to characterize this bands sound it would be a pretty perfect mix between chill Beach House, and killer Vampire Weekend. This young band still has room to grow, but they are definitely getting there. This release shows great depth, and if they keep putting out songs like these, we are looking at a really great future for this band. This album is definitely worth picking up.