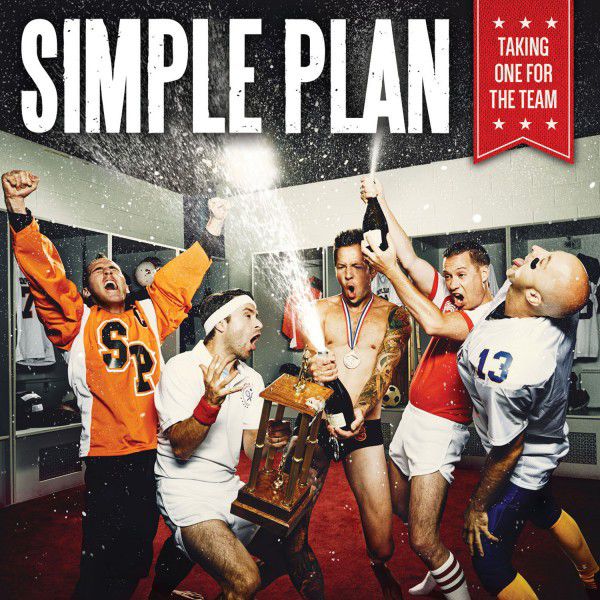 Simple Plan…What can I say about them? They don’t always get the publicity that they deserve. The French-Canadian band started out in 2002 and released iconic songs like “I’m Just a Kid” and “Welcome to My Life” that helped us get through our most angst-filled preteen days (Sorry mom!). They churned out albums every couple years and now we are hearing from them again with Taking One for the Team.

This album shows how a lot of people can relate to the band’s songs because they have this pop/alternative rock thing going on throughout the entire album. While the music is upbeat and catchy in a lot of the tracks, the lyrics still make you think. Taking One for the Team can make you think about the great times you have driving around town with your friends with “Boom!” and “I Refuse” and then make you come to a screeching halt by reliving your worst breakup with “Nostalgic” and “Everything Sucks.” However, the good times outweigh the bad when you listen to “Singing in the Rain” and try to find an umbrella and lamp post to unleash your inner Gene Kelly.

Overall, I think this album is great. Some songs outrank others on the track list, but that’s totally normal. If Simple Plan takes you down memory lane like it does for me, then their new songs will not only do that, but help you make some new ones as well.

Hey all! I’m Cassandra Smith and this is my first year with WPGU. I am a junior majoring in Broadcast Journalism. I love reading, music, and binge-watching TV shows while eating glorious take-out food.

View all posts by Cassandra Smith →