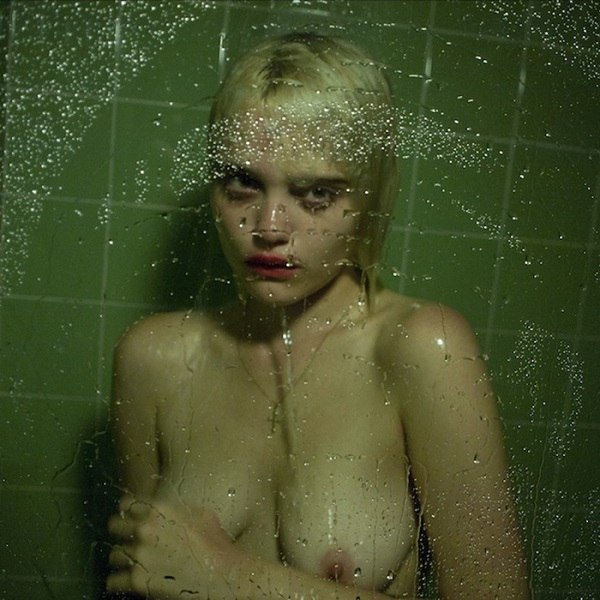 After listening to the first three songs off of Sky Ferreira’s debut album, Night Time, My Time, I knew she finally started to figure things out. My first interpretation of Sky was this young, wild-child girl from California doing whatever the hell she wants with a very rebellious soul. I think she’s still in the midst of trying to figure out who she is though and this album is more or less of a “hey I messed up in the past and this is where I am now” type of deal.

Her most recent unfortunate adventure resulted in the arrest of herself and boyfriend, DIIV front man Zachary Cole Smith, for ecstasy and heroine in mid September. It received such uproar in the music scene that they were considered the “Heroine Junkies of Indie” exactly one day after Sky announced her first album. At this rate she was on her way to crashing and burning before she even wrote a second album. Songs on the album like “I Blame Myself”, however, seem to be alluding to her past mistakes through lyrics like “how could you know what it feels like to be outside yourself” and “I want you to realize I blame myself for my reputation.” It sounds like she’s got a hefty amount of emotions she’s sorting through, but who could blame her with the amount of ups and downs she’s already received at barely 21 years old.

Sky’s career started when she signed a million dollar contract at the young age of fifteen years old to a record label that was trying to make her the next Britney Spears. She produced maybe two singles under Capitol Records and those flopped as quickly as they started. Clearly that iconic, pop star image was not working well … I mean her boobs are on the cover of her first album so if that doesn’t scream reckless and edgy, then I don’t know what does. She left Capitor and started producing the kind of music she envisioned for herself. After 6 long years, her debut album is finally here and it’s probably one of the most pleasant pop rock albums to have come out in a long while.

Her last single, “Everything Is Embarrassing,” off of the Ghost EP, was definitely a hard act to follow, since it’s essentially the song that got her music career off and running. That song turned out to be one of the best pop singles of that year and had every hipster shopping in Urban Outfitters tapping their toes. And sure, after modeling for big-time designer Marc Jacobs right after, she had quite the fan base brewing. All she needed was a final album to back her up and I think she’s really created a work of art in doing so. This album was make it or break it for her and I think she’s hanging on just fine. It’s reviving and it’s fresh and it’s exactly what people want to hear.

There is something so interesting about her outlook on life that is truly represented in her songs that you have no choice but to wonder what she was thinking during the creation of some of them. The track “Omanko,” it is very peculiar track and you can’t help but to be curious as to what the hell she means by “Oh Japanese Jesus…I’m gearing up for a Japanese Christmas.” And I kid you not these are almost the only lyrics for the entirety of the song. The muffed, hard buzzing synth beats in the background, the endless thrashing high-hat cymbals, and the soft, enticing whisper of her voice, however, makes the song a pretty unique jam. Not too many people could pull off this type of track, but Sky does so seemingly effortlessly.

The emotions come flowing out musically and lyrically in the song “Nobody Asked Me (If I Was Okay).” It tours the world of abandonment and the self-aversion she battles in her head. The song starts off like an 80’s jam with hushed vocals and that classic intentional thrashed-out, garage band guitar sound. It’s that type of song that you just want to cruise down the highway with your best friends to. The real passion breaks out in the chorus when Sky begins to fervently scream her words. You can definitely tell this is her “I’m pissed off so I wrote a song about it” track.

The major hit on the album “You’re Not The One” has a so much of a Cyndi Lauper type spin on it that I can’t help but watch the ending scene of The Goonies in my head over and over again when I listen to it. The song has a really groovy guitar riff to open up with and then sky’s melancholy voice sneaks in, leading right into the hair flipping, electro-pop chorus that you have no choice but to jam to. The song“24 Hours” also seems like it could be a single in the near future. It’s equipped with poised bell tones and that big league pop sound that always seems to find its way to get stuck in your head.

On the last track “Night Time, My Time,” she closes out with a real eerie tune. The endless elongated sound waves flowing through the song, accompanied with her deep, sensual voice (comparable to Burning Desire by Lana Del Rey), is just enough for you to feel like Sky is trying to trap you under her spell. And essentially, that’s exactly what she accomplishes with this album. You can’t help but love what she did the whole record. From the opening jams with her classic lyrics about stupid boys, to her truly emotional masterpieces in the middle, and the quirky tracks sporadically placed to keep the whole unique Sky Ferreira touch to it alive. This album encompasses much of what is embodies in her life right now. Instead of dragging herself on the floor, Sky has finally got her head up and is saying listen to me because I deserve to be heard.

You can stream the entire album here: