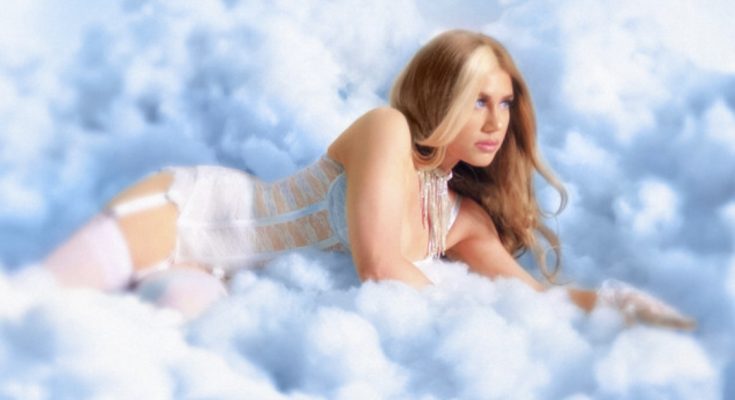 In early 2019, St. Louis artist Slayyyter began gaining attention in the underground pop scene after the release of her single Mine. Collaborations with other hyperpop artists such as Ayesha Erotica and That Kid led her to gaining an internet following, and she released her debut mixtape later in the year.

Since her mixtape release, she has released a series of singles that will be on her debut album, which is coming out in June. Her latest track, Clouds, was released on February 26th, and definitely showcased a new type of sound from Slayyyter. I thought it was a bit different from her previous tracks, but in a good way.

Slayyyter tends to make music that is lyrically varied, but instrumentally the same: Britney Spears-esque vocals, heavy 808s, and booming synths that make her songs sound like early 2000s club anthems. Clouds is something fresh: her vocals are light and airy, and not drowned out by effects. The elements of house music are still present, especially in the chorus, but her lyrics are still front and center.

The “sadder” songs in her discography (i.e. Ghosttt, the closing track off of her mixtape) still tend to sound overly manufactured and a bit disingenuous, but that’s not the case with Clouds. It’s the perfect blend of candid honesty and dance pop, and those concepts blend together effortlessly on this track. I can truly feel Slayyyter’s emotions through her vocals, but the song is still catchy enough to get stuck in your head. Based on the singles she has released so far, June can’t come soon enough. I’m excited to see what the rest of her debut album has in store, and I’ll be playing Clouds on repeat until then.