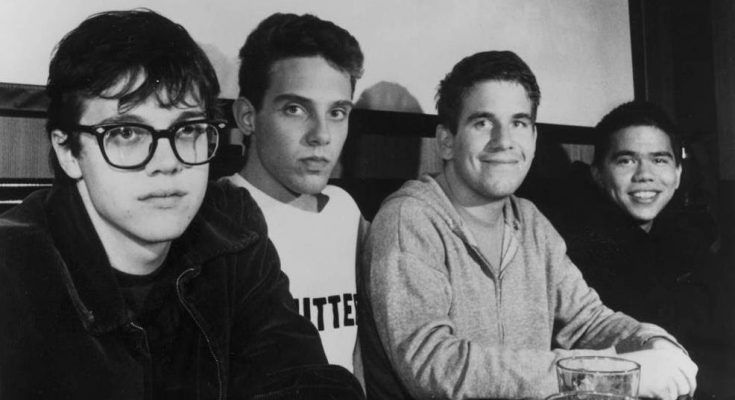 On March 27th, 1991, the greatest and most influential record of all time was released. Slint, a group of adolescents from Louisville, Kentucky, after releasing the Steve Albini engineered project Tweez to complete obscurity, decided that they needed to do things differently. They opted to include some real vocals on their next record, thinking that might help people understand their teenage angst and pure genius. Have you ever heard of post-rock? Yeah, Slint invented that. It could be argued that Swans and Talk Talk pioneered the genre in the 80s, but that doesn’t really count because it wasn’t loud enough, and normal people listened to it. Spiderland was, and still is, the Metal Gear Solid 2 of music. It is exciting, experimental, ahead of its time, and is still touted as a top 50 record by amateur critics on forums.

The influence of this album can still be seen in music today, such as with the experimental hip hop trio Death Grips, which utilize Slint’s famous “quiet-loud” dynamic, which is when a quiet group of people make loud and distorted music. More recently, the hot topic of 2021 has been Slint tribute band Black Country, New Road, which The Quietus (the Rolling Stone of indie music) called “the best band in the world”. A more surprising example of Slint’s broad reach with Spiderland came in the form of the 1998 TV show Buffy the Vampire Slayer, which was inspired by the track “Nosferatu Man,” which is probably about a vampire.

By definition, Spiderland is a masterpiece. It has smart lyricism, passionate vocals, a rag-tag group of prodigious youth behind it all, and, to my knowledge, the first use of a weird time signature in music history. Unfortunately, the band broke up shortly after Spiderland’s release under unknown circumstances, however it is my personal theory that the band knew they had peaked, and decided to quit to solidify their cool, mysterious, underground status, which remains 30 years later.

You can stream Spiderland on Spotify and Apple Music