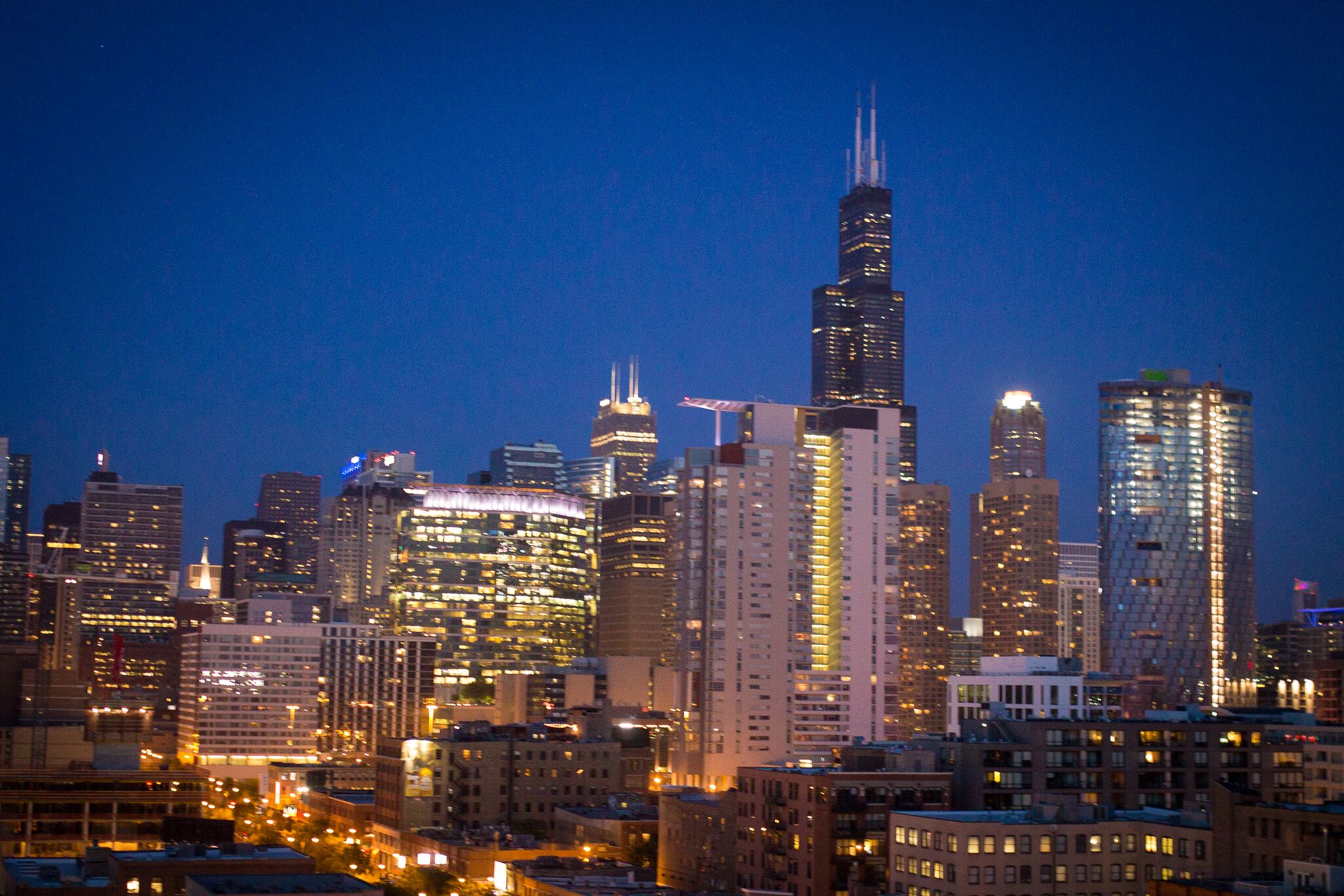 In the midst of a picturesque, buzzing saturday night in the heart of Chicago, 3 talented musicians performed with the beautiful skyline shining in the back. The Sofar Chicago team put together another wonderful event that brought together people that all love one thing: live music. As I was heading to the rooftop of the West Loop apartment building, I noticed the atmosphere there was not typical of a crowded elevator full of strangers. The people around me were all very loose and laid back, and I could tell that they were too looking forward to a peaceful and fulfilling evening. What I don’t think they were expecting was the stunning view from the venue space, and honestly neither was I. For those who don’t know, Sofar Sounds is an organization that focuses on putting on intimate shows focused entirely on the music experience, in cities all across the world by using venues offered up by fellow local music fans. Kari Arnett, Fathom Lane, and Chason were on the ticket for the night. As the sun was beginning to set people started taking their seat. They were ready for the music to begin. 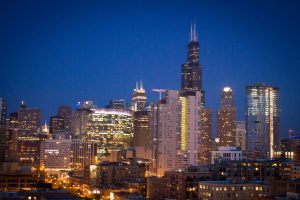 Kari Arnett is a sing/songwriter who was raised in south central Wisconsin and who is currently based in Minneapolis, MN. Her rural upbringing instilled a knack for country and folk which she conveyed beautifully during her performance. Her soft singing and calming guitar was a perfect way to start the night. Hearing her beautiful voice with the backdrop of the city behind her really allowed me to take in the moment in full, which is not easy to do in an age with so many distractions. At Sofar events, people aren’t on their phones, and people aren’t talking up a storm while you try and enjoy the music. It was a very refreshing feeling to be there. Arnett sang about love, loneliness, desire with a voice filled with emotion and topped of with her golden rural american accent. As she played, the audience leaned back and took in the good energy. Without saying a word, we all agreed that times like these are precious. 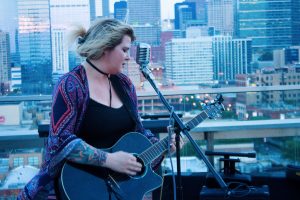 As the sky began to get dark and the city began to light up, Fathom Lane took the stage. Usually with a full band, Michael Ferrier, the lead singer and guitarist, went up only with an accompanying pianist and his guitar. His set flowed comfortably from the previous set, as he started out with quiet, somber tunes. He mentioned after his first song how much a relief it was to be in the presence of such a relaxed audience. His soft, but raspy voice carried through the dusk air as he performed his songs “Sarafina” and a cover of “Country Roads”. If I were to define his style, it would easily be a mix between classic rock and folk. By the end of his set, the sky was completely dark, but the lights of the city illuminated everything in sight, while his music lit up the night. 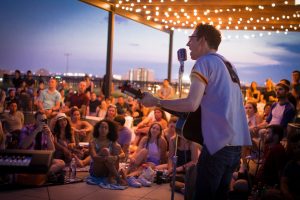 The last performer of the night was Chason, and let me tell you, it was the perfect way to end of the night. Chason is a producer and performer from the south suburbs of Chicago who is making some serious noise in the Chicago music scene recently. Accompanied by a full band, Chason revved up the crowd one last time, including clever social media promotions in between songs. His vibrant music created a new energy in the crowd that was carried until everyone had left to go home. It was definitely my favorite set of the night, although they were all wonderful. What I loved about Chason’s set was his youthfulness. I had a chance to meet up with him before the show and he seemed like a pretty quiet, laid back guy. But as it is for a lot of people, when he got on stage that all changed. He quickly became a star. 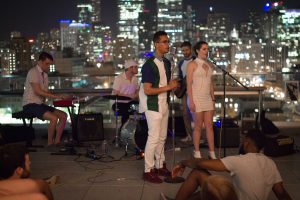