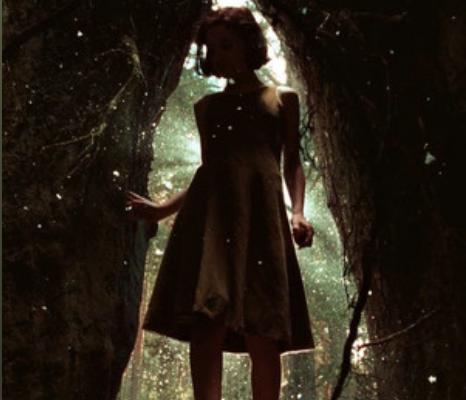 The best month of the year is here! Check out this October inspired playlist to get in the spooky, autumnal mood.

Who wouldn’t want to be a witch living in a seaside town and working in a bakery with an adorable cat companion?

A delightful tune about a zombie arm.

Channeling this song as I walk through campus. Wishing I studied romances.

“Where You Lead” by Carole King

This is the Gilmore Girls theme song. Need I say more?

A Story of Murder 1/3: What would Halloween season be without murders and mysteries? This selection is the main theme of Only Murders in the Building, one of my favorite shows of 2021. Also, Selena Gomez’s character, Mable, is peak autumn fashion.

“no body, no crime” by Taylor Swift feat. HAIM

A Story of Murder 2/3: A cheating, lying, murderous man is murdered by Taylor Swift and HAIM.

“Somewhere They Can’t Find Me” by Simon & Garfunkel

“Sisters of the Moon” by Fleetwood Mac

Stevie Nicks is the witchy blueprint.

Autumn is for romanticizing love and life under the light of the moon.

“My Girlfriend is a Witch” by October Country

Good for the singer’s girlfriend.

“Werewolves of London” by Warren Zevon

A selection from an iconic Halloween CD I owned as a kid. Ah-OOOOOO.

Another selection from the iconic Halloween CD. An absolute graveyard smash.

David Bowie, of the stars!

“She’s My Heroine” by Skunk Anansie

With this track, I am simultaneously thinking about women-led horror films and Skin’s spooky style.

“Working for the Knife” by Mitski

Mitski is back with this October 2021 release. Is there anything spookier than capitalism and work?

“Androgynous” by The Replacements

A shoutout to gender-affirming costumes and the opportunity to experiment with gender during Halloween.

“For Sure” by American Football

Sonically, It Feels Like Fall 3/3: Little Bit of Sadness

“Insides Out” by Kid Cudi

This Kid Cudi track has an eerie, pained vibe.

“Voodoo Dolly” by Siouxsie and the Banshees

Creepy Dolls 1/2: Nothing spookier than Siouxsie Sioux singing about a little voodoo dolly.

“End Credits” by Bruno Coulais, The Children’s Choir of Nice

Creepy Dolls 2/2: Coraline is the perfect movie to watch this spooky season.

Haunt 1/4: This haunting Thom Yorke track was made for the 2018 remake of Suspiria, a story about a coven of witches.

“Dance of Death” by Andrew Bird

Haunt 2/4: Andrew Bird’s violin will send a chill down your spine.

“The Ghost Has No Home” by Cocteau Twins, Harold Budd

Haunt 3/4: Thinking about the spirits trying to find their way back home this Halloween.

“A Secret in the Wall” by Daniel Hart

Haunt 4/4: This Daniel Hart arrangement was made for A Ghost Story, a 2017 film about love, loss, and time.

“A Princess” by Javier Navarrete

Pan’s Labyrinth is one of my favorite Halloween-adjacent films. Guillermo Del Toro is the master of magic and monsters.

The Rocky Horror Picture Show is another one of my favorite Halloween-adjacent films of all time. Tim Curry forever!